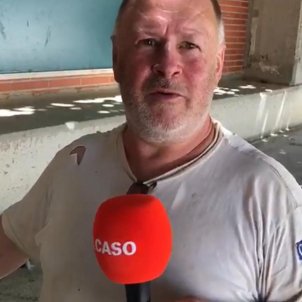 Flix, a village in the south of Catalonia, is one of the places that's been worst affected by the wildfire currently raging in Ribera d'Ebre county. Dozens of residents are looking at a third night in temporary shelter after being forced from their homes on Wednesday.

Brit Ken Sheppard lives with his wife and dogs in a farmhouse a few kilometres away; since Wednesday he's been staying in the village's school, unable to return home. They don't know whether their house has been spared by the flames or what they will eventually return to. With the fire rapidly approaching, they took nothing with them in their car but their dogs and passports.

The Catalan Civil Protection service has said they expect they'll be able to reenter the affected areas this Saturday morning if they have to feed or water any animals, but that they won't be able to return home until Sunday.

Mike and his partner have similarly spent the last two nights trying to sleep in the school. They saw dark smoke and ash was falling around them when they decided to leave on Wednesday. They are also waiting to find out what they have waiting for them when they can finally return home. Neighbours have told them their property had escaped mostly unscathed, but the want to see it with their own eyes.

Both Mike and Ken thanked the school, the Red Cross, Flix town council and its residents for their help and support over the last two days. 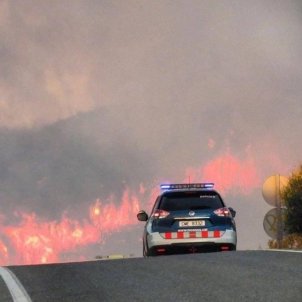 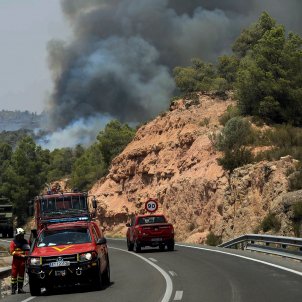