Miquel Iceta, the Underwood who wants to be a Nyborg

"Therefore, president, we want to share with you that the government you have is the best that Catalonia has had in recent years. And, therefore, if you want to change it, you are taking another risk, that of failing to find something better. We have supported you in many risks. We can tell you straight: we will support you in this one as well. But beware! Because, as you know, experience is an asset, and your ministers have acquired magnificent experience carrying out a task which, obviously, without a president who can provide leadership, will not work." 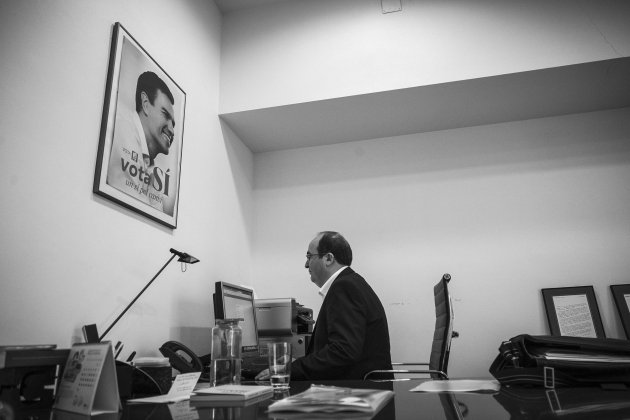 The person speaking is Miquel Iceta. He does so from the lectern of the Catalan Parliament, in the middle of a general debate on 19th October 2005. Let us set the scene: it has been 19 days since Parliament has approved, in extremis, a new Catalan Statute of Autonomy - the law defining Catalonia's relationship with Spain - which the Catalan Socialists Party (PSC) does not like, in spite of passing it, and has now announced that it will propose amendments at the Statute's next stage, when it is considered by the Spanish Congress. And exactly five days ago, Catalan president Pasqual Maragall was wanting to change his government. He has been blocked. Yes, his coalition partners ERC and ICV... but also the PSC itself. And it is this new crisis that Iceta is referring to. He scolds his president and, at the same time, he offers him false praise. Just in case anybody thought that his sort of thing had never happened before this current period that we call the "process". 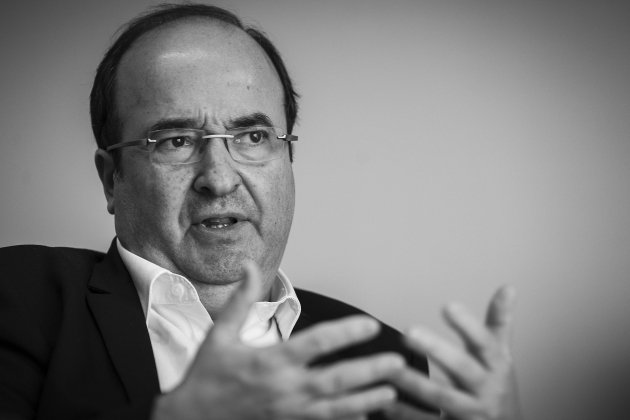 The anatomy of this instant gives a very good description of who Miquel Iceta is. He can simultaneously reprimand and praise a president of his own party. He can pass a Statute which he himself negotiated and then present amendments to it afterwards. He can negotiate it in Madrid and be on both sides of the table at once, that of Catalonia and that of Spain. He can form a left-wing government that has provided the genesis of our current political era and, years later, can star in a selfie with the PP's Albiol at the same protest where Cs candidate Arrimadas is also present. He can be gay and make deals with politicians who were against homosexual marriage. He can propose a Canadian-style referendum if Catalonia votes no to a constitutional reform and afterwards, he can forget it. He can cry “God, Pedro, free us from Rajoy” - to Spanish Socialist (PSOE) leader Pedro Sánchez - and afterwards ask Pedro to please support the application of article 155. He can help sink a party and later resurrect it by making a pact with the devil to govern the four Catalan capitals. 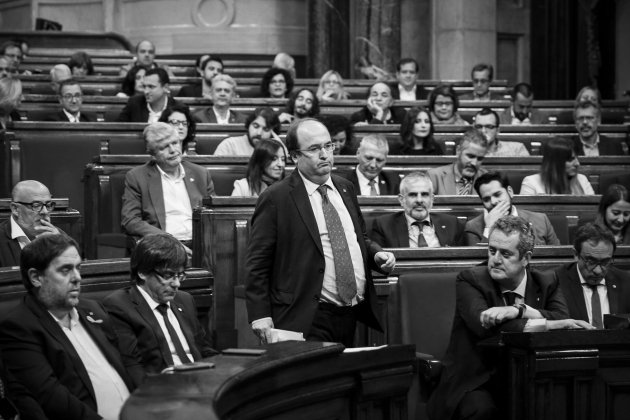 He says he sees himself leading a Danish-style government like the star of the series Borgen — colloquial term for the Palau de Christiansborg which houses the office of the Danish prime minister—, Birgitte Nyborg, the fictional leader of the third-ranked Danish party who ends up becoming president. But Iceta is actually the Catalan version of Frank Underwood, the Machiavellian protagonist of House of Cards, whose major goal is power. He lends his support to article 155 and offers to solve the problem. 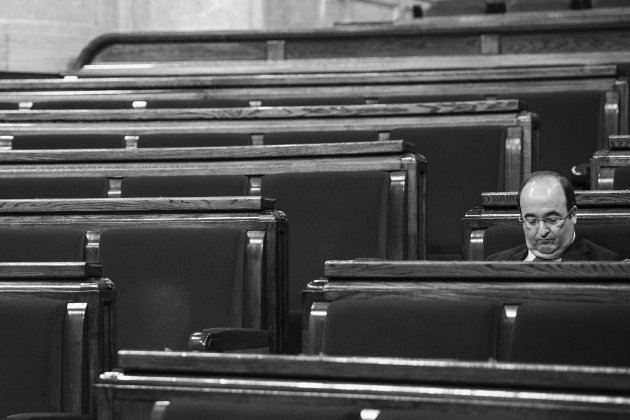 Don't take that simply as a criticism. Iceta enjoys what he does and that's why he dances, even if it angers many that he does so while we have political prisoners. It is his element, and Ken Robinson, the alternative education guru, could use him as an example. If he had already found this path, why did he have to carry on studying. Because this way, he was able to see everything. Everything. And he was able to survive everything. Iceta (Barcelona, 1960) joined the Partit Socialist Popular at the age of 17 and has been in the PSC since 1978. He has experienced the Socialists' period of municipal dominance, their absolute control of the town councils, their periods running the Catalan and the Spanish governments. The decline. The internal battles and the gauche divine. He has been a plumber in the Spanish government with Socialist minister Narcís Serra, a town councilor in Cornellà, an MP in the Spanish Congress and a representative in the Catalan Parliament. He has been a political functionary, a strategist, a speechwriter, deputy first-secretary of his party, dismissed to the Foundation Campalans, party first secretary and candidate to the Catalan presidency. He has opposed Aznar, has opposed Pujol, he has come to agreements with everyone, he has put together tripartites, he has applauded and endured the PSOE, he has turned towards Catalanism and towards Unionism, he has seen Parliament declare independence, he has seen the declaration suspended, he is from the left and wants to be the candidate for those who have been imposed in power. This is the Iceta recipe. A notion and its opposite.

Anatomy of an Instant Xavier Domènech, man with a key Tian Riba