Speaker goes ahead with tomorrow's debate in Parliament 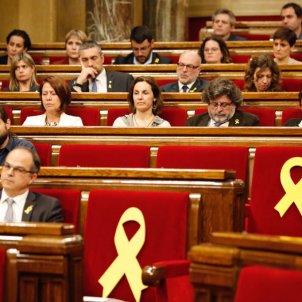 Jordi Turull being sent into pretrial detention today has burst right in the middle of the investiture debate in the Catalan Parliament, where he was candidate for president. The second round of the debate was scheduled for this Saturday, and Turull himself has called to go ahead with it. This evening, the Parliament's speaker, Roger Torrent, has announced he doesn't plan to cancel it, that it will take place at 11:30am and that, afterwards, he will read a statement "in defence of democratic principles and civil and political rights".

There won't be a vote, but the groups will take advantage of the opportunity to state their positions towards the situation faced by Catalonia with the new imprisonments ordered by the Supreme Court judge which have taken former speaker Carme Forcadell, and ministers Turull, Josep Rull, Dolors Bassa and Raül Romeva to two prisons near Madrid. 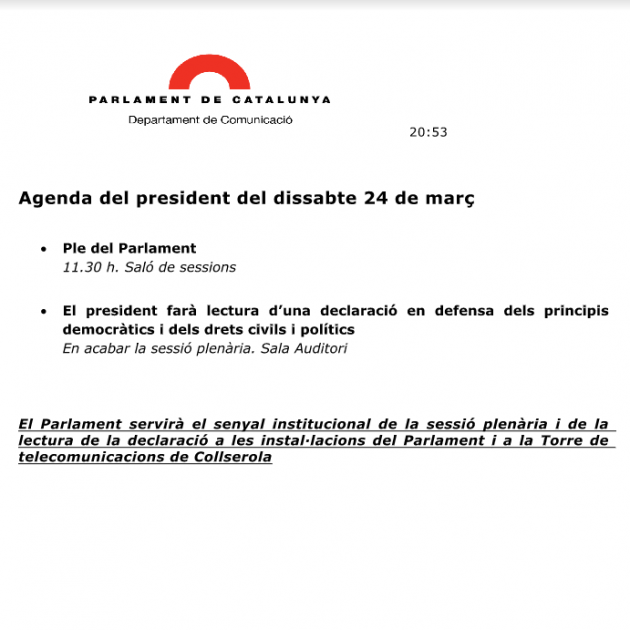 Sources close to Torrent had raised the possibility of suspending the second-round vote given that, with the absence of president Carles Puigdemont and minister Toni Comín in exile, Turull's investiture is not mathematically possible. Similarly, the candidate's absence would leave the vote invalid, as suggested by the Constitutional Court with the interim measures it ordered in January, blocking Puigdemont's investiture.

On the other hand, Turull, through his lawyer, called for long-distance investiture once the judge announced his imprisonment, although he admitted the Parliament's Bureau would have to evaluate the suggestion. In case it went ahead, Turull, Romeva and Rull had delegated their votes to colleagues, whilst Rovira, Bassa and Forcadell resigned their seats.

The alternative proposed was to cancel the debate and organise a great joint act for the same time. However, in the end, they opted for holding the plenary session and reading the declaration. 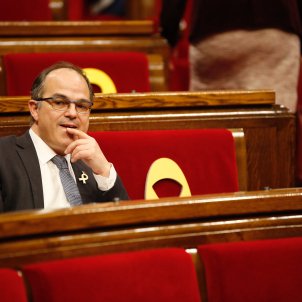 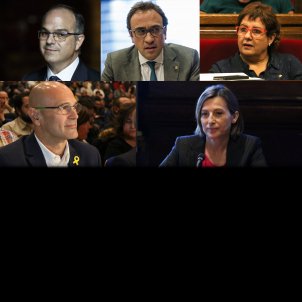