Spanish secret service spying on Puigdemont in Berlin, according to 'Junge Welt'

According to the newspaper, a clear example is El Mundo. "Readers of the Spanish daily paper, close to the government, could find out on Monday what address Puigdemont is living at, at what time he met with his family, where they ate at midday and who he met with later in the evening," they report. They then quote the details: "the text goes on to say 'he lives in Charlottenburg, in the former West Berlin, one of the capital's most bourgeois neighbourhoods'. Even the street and house number were mentioned - and how much it costs to stay in the hotel per night."

This comes a day after the legal services of the Bundestag, the German federal parliament, warned, in response to a question from MP Andrej Hunko (Die Linke), that if Spanish security services had spied on Puigdemont in Germany it would have been illegal. They made that clear in their report and warned that any such action could have legal consequences. 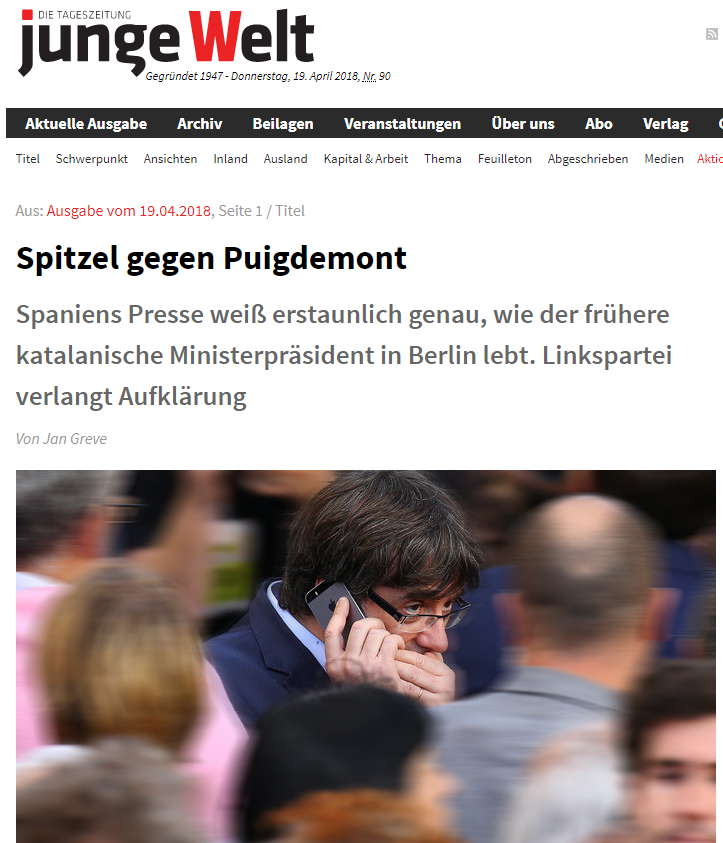 "Action by sovereign authorities without the consent from the German state entails several legal consequences: foreign secret service operations against the Federal Republic are punishable in accordance with § 99 of the Criminal Code. Spying on foreigners in the Federal Republic fulfils this criteria. The unauthorised collection of data can fulfil the criteria of a misdemeanour or felony according to the Federal Data Protection Act," the report says.

Hunko has presented a further question in the Parliament to clarify the situation. According to Junge Welt, this now puts the "focus" on whether there was cooperation between the BKA, Germany's federal criminal police office, and the CNI, Spain's intelligence agency.