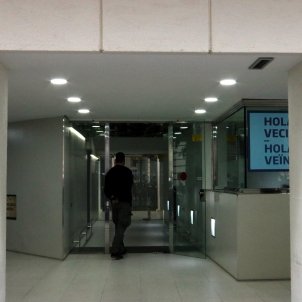 Spanish police have this Monday searched the Barcelona headquarters of the Catalan Association of Municipalities (ACM), a body which "defends and represents the interests" of towns and cities. They are looking into allegations of misuse of public funds, police sources have told El Nacional.

Spanish interior ministry sources have told Catalan news agency ACN that the operation is unrelated to current Catalan interior minister Miquel Buch, president of the ACM from 2011 to 2018. The accusations are also unrelated to the search today of the house and office of Gonzalo Boye, one of Carles Puigdemont's lawyers.

The operation, under seal, was ordered by Barcelona investigations court number 16. At the same time, the same police corps searched a travel agency in Vic which, according to town mayor Anna Erra, has worked with pro-independence bodies.

In recent years, the ACM has broadly supported the Catalan independence movement. This has included organising trips to support president in exile Carles Puigdemont, visits which have been investigated over the course of the last two years by Public Prosecutors.

One case was shelved in September 2018. An investigation into an event involving 167 Catalan mayors in Brussels with Puigdemont on 7th November 2017 concluded that there was no evidence that expenses for the trip had been covered "either in whole or in part by public funds from their respective councils".

In a statement released on Twitter, the ACM confirmed the search had began at 10am this morning and that no one was arrested. They added that they were cooperating with police and wanting to emphasise that their affairs have "always been carried out with full transparency and in accordance with the law".