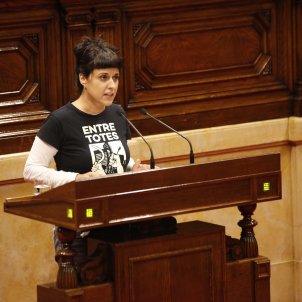 Spain's Supreme Court could add CUP (Popular Unity Candidacy) spokesperson Anna Gabriel to the case against the Catalan Parliament's speaker, Carme Forcadell, and four members of the Parliament's Board. They are charged with rebellion, sedition and misuse of public funds. Gabriel could be included for her involvement in the process which led to the declaration of the independence of Catalonia.

According to their sources, Gabriel could be considered a leading member of the leadership of the independence process which culminated on 27th October with the declaration of independence of the Catalan Republic.

In any case, any new charges will have to wait until the court gathers together the already open cases. Today the High Court of Justice of Catalonia has sent its case to the Supreme Court, now it's waiting for those being instructed on by the National Audience court against the Catalan government and the leaders of pro-independence organisations ANC (Catalan National Assembly) and Òmnium Cultural.

Anna Gabriel, who isn't standing for election in December due to term limits set in the party's statutes, does not currently benefit from parliamentary privilege after the Spanish government dissolved the Parliament, as she's not part of the standing committee. 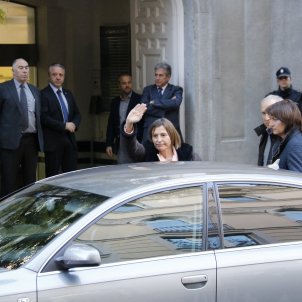