Why Puigdemont and rapper Valtònyc chose Belgium for their exile, according to 'Vice' 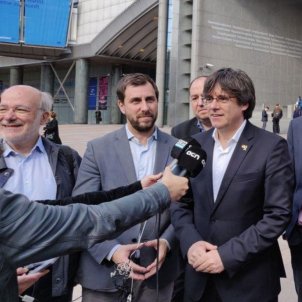 Why is Belgium the country that Catalan president Carles Puigdemont, ministers Puig, Comín and Serret, and the rapper Valtònyc chose for their exile? Because the tradition of the Belgian courts is not to extradite. By default. “Since the country was founded, Belgium has been a safe haven for people who fall outside the norm,” explains Paul Bekaert, Puigdemont's lawyer in Belgium, on the online newspaper 'Vice'. His son Simon adds: “The tradition of giving asylum to political dissidents started in the 19th century. Karl Marx and Victor Hugo all lived in exile in Brussels.”

The key to the attitude of the Belgian judges is twofold. On the one hand, violence. Rather, the lack of it. The majority of the armed separatist Basque National Liberation Movement (ETA) members defended by Paul Bekaert have been extradited. "The European Arrest Warrant doesn’t leave a lot of wiggle room. Luis Moreno and Raquel García are an exception, because they didn’t use any force. Same goes for Puigdemont and Valtònyc. Violence, or lack thereof, becomes the deciding factor in the decision not to extradite." explains Paul Bekaert.

On the other hand, "we’ve been very sensitive to freedom of speech in Belgium ever since our nation was born. Emperor Napoleon III orchestrated a coup in France in the mid-19th century and pressured Belgium to extradite French dissidents who were fighting him from Brussels, but Belgium has always said no. Not extraditing is a tradition here.”

Simon, his son, adds that the fact that a EU member state refuses extradition to another member state "actually says a lot about Spain... [that] now abuses this law by locking up and extraditing its own political adversaries, like Puigdemont and Valtònyc. The Belgian court looked at Valtònyc's case and ruled that it was not terrorism. Puigdemont was accused of rebellion, and after he was arrested in Germany because of the European Arrest Warrant, the German court didn’t agree with that accusation either."

Vice explains that Puigdemont found in Belgium "an unexpected help" in the conservative and nationalist party, the New Flemish Alliance (N-VA). "To many it seemed like an unlikely political alliance as Puigdemont is a lot more progressive than N-VA," ​​says the newspaper. N-VA created a positive atmosphere for Puigdemont,” says Paul Bekaert. “Theo Francken, who was minister of asylum and migration at the time of the referendum, had already said that Puigdemont could apply for political asylum here. Interior minister Jan Jambon also clearly expressed his sympathy.” Both are from the N-VA.

Simon Bekaert adds another argument in favor of Belgium: the political connections. "Puigdemont is often seen in the Wetstraat," he says, referring to a street in Brussels where there are many government buildings and the EU. “In Brussels, you can make connections. The city is like a megaphone," according to Paul. “Another member of the Catalan parliament [Marta Rovira] didn’t flee to Brussels, but to Switzerland... [which] does not participate in the European Arrest Warrant, so that seems like a good place to go to avoid extradition. But politically it's not, because you can’t spread your message there. You’re literally surrounded by mountains. And unless you're a banker, there's nothing to do" Simon rebukes ironically. 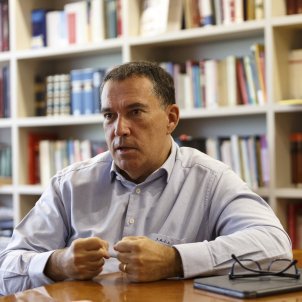 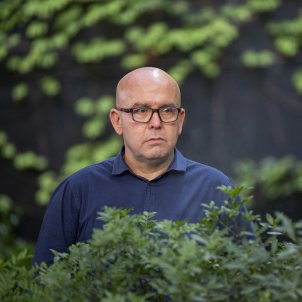