Blow to Rajoy in Strasbourg 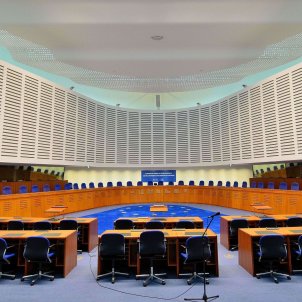 The Parliamentary Assembly of the Council of Europe (PACE) has this Tuesday chosen María Elósegui Itxaso as the new Spanish judge on the European Court of Human Rights (ECHR). Elósegui, born in San Sebastián in the Basque Country in 1957, got the support of 114 parliamentarians, ahead of 76 votes for José Martín y Pérez de Nanclares and 37 for Francisco Pérez de los Cobos.

The election went against predictions, as Martín y Pérez de Nanclares had been the candidate favoured by the commission which evaluated and questioned the candidates. Pérez de los Cobos, meanwhile, was a former president of Spain's Constitutional Court and was the preferred choice of prime minister Mariano Rajoy.

De los Cobos, however, got zero votes out of a possible 10 after his oral interview for the role, because of his limited French and English. On his CV he had exaggerated his competency in both and failed to mention his membership of the PP party (in Catalan) from 2008 to 2011. Presumably he has now paid the price for these scandals.

Elósegui will be the first female judge from Spain to sit on the Strasbourg court. She is a professor of the Philosophy of Law at Zaragoza University and was the Spanish expert on the European Commission
against Racism and Intolerance (ECRI) from 2013 to 2017.

She has spent more than five years training and living in Scotland, Belgium and Germany, and has good knowledge of the Anglo-Saxon, Francophone and Germanic legal cultures.

López Guerra was part of Section III, presided by the Swedish Helena Jäderblom, alongside the judges from Serbia, Switzerland, Russia, Andorra, Slovakia, Cyprus and the Netherlands. Elósegui will be part of the same section. The sections change their composition in terms of countries every 3 years.

From the 47 members of the court, 17 form the Grand Chamber, which can examine the verdicts of the other sections. 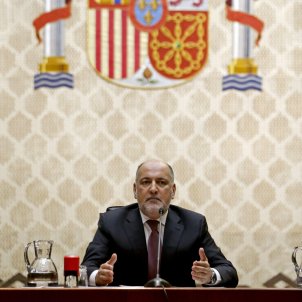