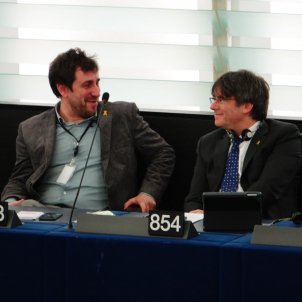 Carles Puigdemont and Toni Comín have presented themselves to their new colleagues in the European Parliament in a letter sent out this afternoon. In it, they describe the "tremendous legal battle" they faced "for the recognition of the rights of our voters", note that Oriol Junqueras remains in prison and unable to join them, and propose developing common electoral regulations and penal law to avoid such situations occuring again.

In the three-page letter, the two MEPs also strongly criticise the Spanish justice system: "The fact that in a member state we can find political prisoners, as established and so defined by UNWGAD, is an abnormality that represents the way in which the Spanish Supreme Court, in particular, and the whole Spanish judiciary, in general, have been acting for several years to suppress the wishes and rights of the people from Catalonia."

They recall that Spain's transition to democracy after the Franco regime started 42 years ago; "not an easy task", they admit, but not one that "is being adequately realised". Specifically, they say one of the "pending problems is the one affecting the high instances of its judicial system." They say the judiciary lacks checks and balances and has "its own political agenda".

"The political agenda of the hierarchy of the Spanish Judiciary represents the reminiscences of Francoism, represents a democratic abnormality, an attack to our freedom and a perversion of their functions which undermines their impartiality and allows them to use and abuse of the instrument placed in their hands by the citizen," they write.

They also state that this political agenda goes "against the spirit of the Union and its regulations", which they say is demonstrated by their case and the "constant violation of our rights". They conclude that Spain has a problem, but that this problem "is not Catalonia nor our right to self-determination, or worded in European terms, our rights as a national minority within Spain, but its judiciary which is interfering in the political activity by conditioning it based on their own agenda and retrograde vision on how Spain should be and behave".

The two new MEPs say they want to "help to solve the Spanish problem", that they want to "resolve this problem with Europe, with a stronger Union in which we all, as European citizens, feel comfortable." 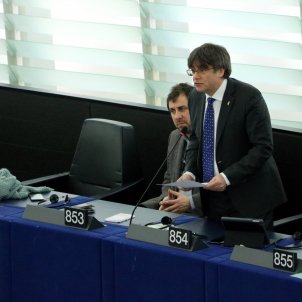 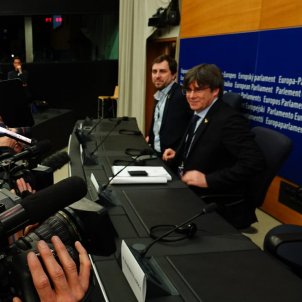 European Parliament Comín: "Europe's soul is at stake" in the issue of Catalonia Marta Lasalas 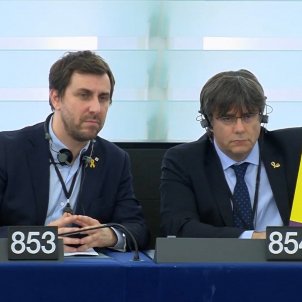