Catalan prison authorities have made their recommendations as to how the pro-independence prisoners should be classified in the penal system, proposing the "second degree". Spanish prisons have three "degrees" for the classification of prisoners, based among other factors on the severity of their convictions, how dangerous they are judged to be and how much of their sentences they have served.

"First degree" is a maximum security regime with inmates locked in their cells 22 hours a day; "second degree" is the ordinary classification; "third degree" is a form of semi-freedom. In the latter case, prisoners can leave custody during the day, returning to prison only to sleep. "Second-degree" prisoners can leave for a total of 36 days a year after they have served a quarter of their sentence.

In this case, the officials were choosing between second and third degree, meaning they have opted for the more restrictive option. The decision came "after a long deliberation and a long debate and without unanimity", according to the director general of the prison service, Amand Calderó.

The proposal was agreed by officials from the three prisons holding the pro-independence leaders, Lledoners, Puig de les Basses and Mas d'Enric, who met at 9am today. Some of the officials had supported the possibility of proposing they be classified under the third degree.

The final decision on their classification will come within two months; the decision is up to officials within the Catalan justice department. Calderó today said that it shouldn't be expected before the end of the year. Until then, they can't even apply for the privileges they would enjoy under second degree, let alone third degree. That means that Jordi Sànchez and Jordi Cuixart, who will already have served a quarter of their sentence including their time in pretrial detention, could miss out on the chance of spending Christmas at home.

The crimes the prisoners are convicted of, including sedition, carry no special treatment in the classification system. The case, however, is exceptional and complex and part of an intense political debate as negotiations continue between ERC and PSOE for the reinvestiture of Pedro Sánchez.

The delay in taking the decision and the fact that yesterday some from ERC were already indicating that they expected second degree disturbed the relatives of some of the prisoners, believing that without the third degree it will be hard for them to rejoin society and rebuild their careers. They are all currently banned from public office so would have to look for private employment. 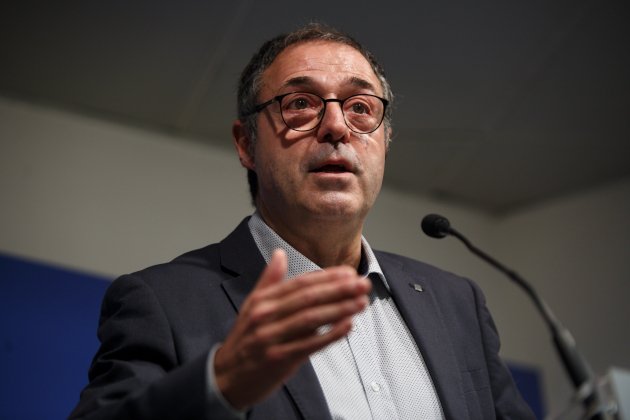 Calderó noted that classification is reviewed at least every 6 months and that these are "singular cases which the prison service has never found itself facing before". He said that "the prison professionals work apart from the noise, with rigour, honesty and independence."

An alternative to third degree classification is article 100.2 of the prison legislation, under which if any of the prisoners were to find work, they could leave prison during the day for their job. There is no other requirement in terms of time served to apply for such permission. They could also get similar permission to leave to take care of relatives.