Police forces on standby ahead of Catalan trial verdicts

Catalonia's Mossos d'Esquadra, as well as Spain's National Police Corps (CNP) and Civil Guard are already on alert ahead of the release of the verdicts from the Supreme Court in Madrid against 12 pro-independence leaders.

As soon as the verdicts are released, all three forces will be moved to the highest activation level. When that will be is currently unknown publicly, but widely expected to be next Monday or Tuesday. In the meantime, the police are already on alert and preparing their coordinated plans. 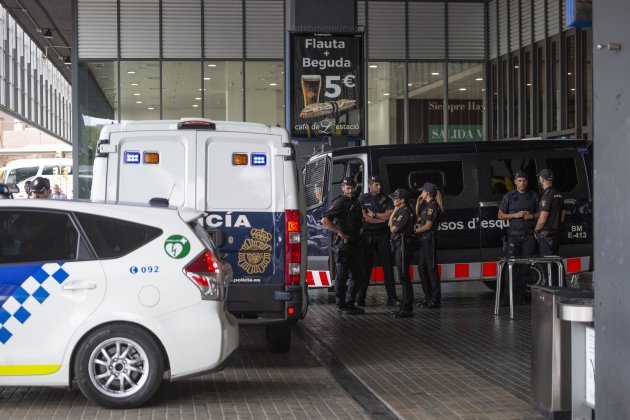 Today at Sants station parts of these deployments were already visible. Four vans and a 4x4 from the CNP, as well as the usual Mossos were deployed outside from early this morning. The station is one of the most important in Barcelona, the departure point for, for example, AVE high-speed trains. It's one of the critical parts of the infrastructure, along with institutional buildings, that will be the responsibility of the Spanish National Police. 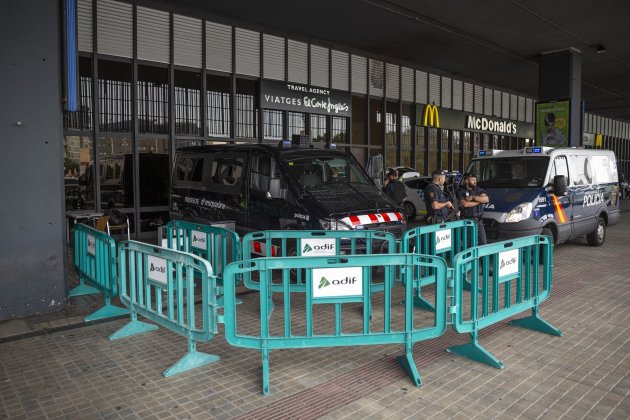 Once the verdicts are released, the operation will be coordinated via a CECOR (Coordination Centre), which will also involve the Civil Guard, Catalan Transport Service and Urban Guard. In the case of Barcelona, the Urban Guard has put all its officers on alert for next Monday and Tuesday.

The CECOR will be set up in the Catalan interior ministry. It will be staffed 24 hours a day with the operation led by the Mossos d'Esquadra. Sources from the ministry say it has maximum confidence in them.

The interior department has been informed of the marches planned by ANC and Òmnium, but that's not their main concern. Their biggest worry is the potential for spontaneous, less controlled demonstrations, by people of all political persuasions.

The Mossos' aim is to ensure no one gets hurt and that the scenes seen during the referendum aren't repeated. Indeed, unlike that day, the plan is for the Catalan police to be the force which has contact with the demonstrators. It will be the same as the plan during the Spanish cabinet meeting held in Barcelona last December: Spanish police form the line nearest the buildings being protected, the Mossos form the line nearest the people. The Catalan police have got everything ready from their mediation units to their pepper spray.

The Mossos are preparing for various different scenarios. They've been provided with intelligence as to what could be to come, which is all along the lines of what's been seen before: demonstrations and attempts to block major transport links. As well as getting ready to face that possibility, there will also be increased protection for buildings belonging to political parties, the public administration and the courts. 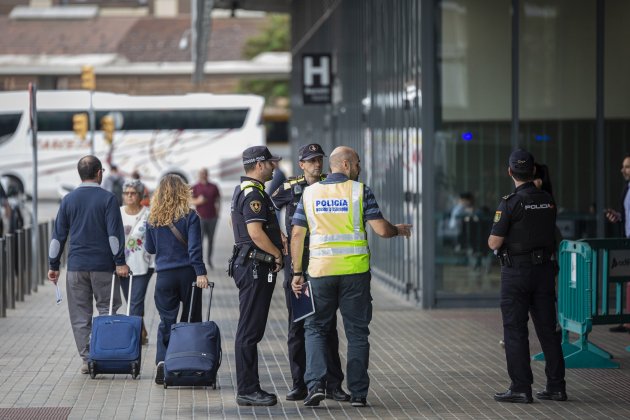 The overarching operation is codenamed Minerva. There are three different teams tasked with protecting different kinds of building, called Toga, Stadium and Forum, plus a fourth to be activated to police demonstrations, called Atrium.

The Catalan police have been on their highest level of activation since 1st October. The Spanish interior ministry has also sent an additional 700 Civil Guard and 800 CNP officers, many of whom are anti-riot officers, from different areas of Spain.