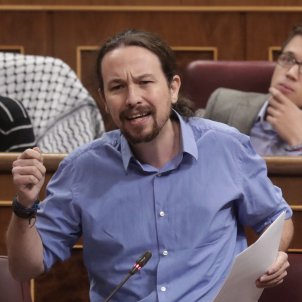 The leader of left-wing party Podemos, the third-largest in the Spanish Congress, Pablo Iglesias, has announced this Tuesday in the Congress that he will present a new motion of no-confidence in prime minister Mariano Rajoy if PSOE's motion fails this Friday. Iglesias says that his first choice is to support PSOE and its secretary general, Pedro Sánchez, even if they want to govern alone after the motion, because he believes that a "progressive government" is needed. If Sánchez doesn't get the 176 votes he needs this Friday, Iglesias says that they have to "negotiate with everyone and looks for ways" to get Mariano Rajoy out of the Moncloa government palace and call elections.

Iglesias didn't want to go into details about his plans ("all that will be talked about after Friday"), but made it clear that he wouldn't be the candidate to replace Rajoy. "I have no interest in occupying that position [of candidate] which I've already occupied", he said, a reference to the motion of no-confidence his party presented and lost in June 2017.

Podemos's leader noted they have 67 deputies and that, as such, they don't have to ask for support to present a motion of no-confidence, unlike Cs who are three deputies short. The chamber's rules stipulate that any party can present no more than one motion of no-confidence in any legislative session. As such, if Podemos does go ahead, it will have to do so in September or later.

Iglesias confirmed that he has received a "brief phone call" from Sánchez, but didn't discuss when the election would have to be if PSOE wins its motion.

Editorial Sánchez is drowning in his no-confidence motion José Antich 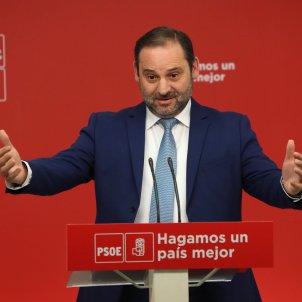