It has been revealed that Daniel de Alfonso, a judge who was director of Catalonia's Anti-Fraud Office, and then achieved notoriety for his implication in the dirty war against the Catalan independence movement, received more than 300,000 euros from the Anti-Fraud office in irregular salary payments. This emerges from a report by the Catalan government's Public Audit Office, which states that De Alfonso along with deputy and departmental directors received "quality" supplements to their salaries totaling 314,547 euros between 2010 and 2016 "without having any right to them". De Alfonso was dismissed by the Catalan Parliament in 2016 after the leaking of recordings of conversation he had with Spanish interior minister Jorge Fernández Díaz on tactics to be used to discredit the Catalan pro-independence leadership, as part of Operation Catalonia.

In addition, between 2010 and 2018, the three directors of the body (David Martínez Madero, Daniel de Alfonso Laso and Miguel Angel Gimeno i Jubero), the deputy director Teresa Masià, and the directors of analysis and investigations received a total of 232,603 euros in triennial pay rises to which they were not entitled, with more than 207,000 euros of this total paid to De Alfonso. This amount is in addition to an irregular quantity of 70,000 euros that De Alfonso received which was already revealed in the Audit Office report for 2018.

The report adds that until 2017 criteria for setting salaries for employees of the Anti-fraud Office were not properly defined and the conditions of officials of the Catalan Parliament were incorrectly applied to them. As well, between 2010 and 2018, productivity bonuses that were not legally foreseen were included in the salaries of the Office's personnel. 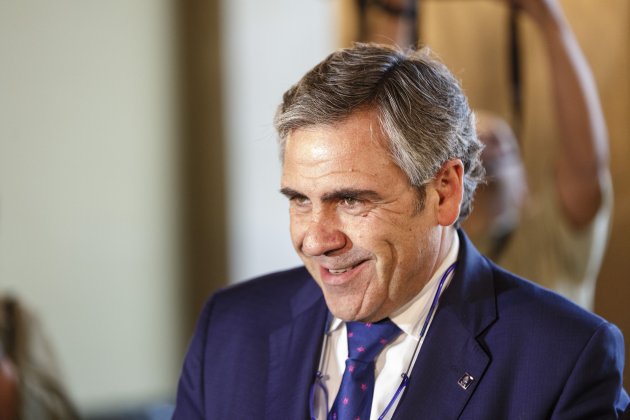 Expenses not cut in recession

The Anti-fraud Office, as the audit report notes, was created in 2008 "with the aim of preventing and investigating possible specific cases of illegal use or destination of public funds or any other irregular use of the personnel in the service of the public sector".

Among the other conclusions of the report, it states that, from 2012 to 2016, there is no evidence that the entity applied spending containment measures in accordance with the regulations in force at the time, during the recession being experienced in Catalonia.