The New York Times has published three images by Sergi Alcàzar, a photojournalist from El Nacional, in their main article about Thursday's attack on la Rambla in Barcelona. The US newspaper has chosen three photographs that show the moments immediately after the attack: tourists hugging after seeing the bodies of victims lying on the ground (above, next to this article's headline), an ambulance team tending to one of the victims and another group of victims in the waiting room of a health centre near the attack site. 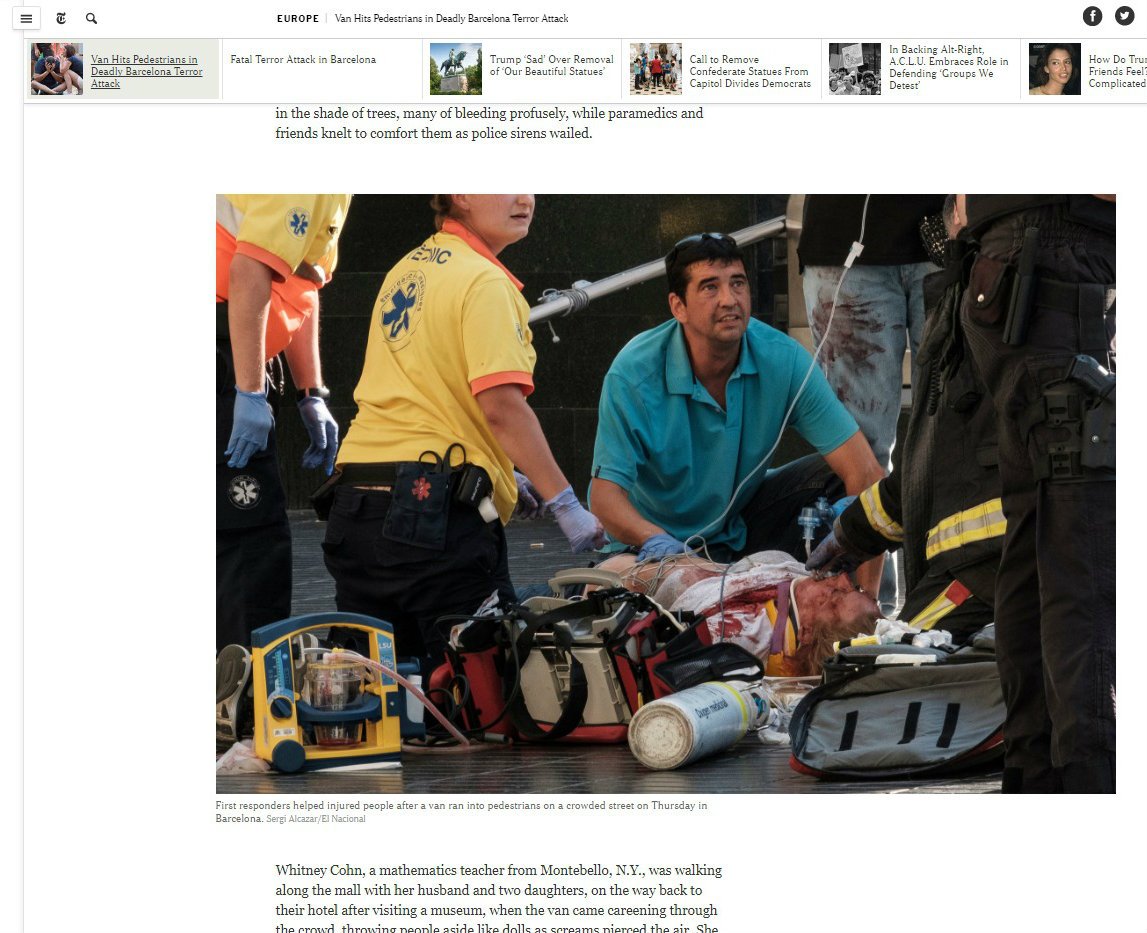