Every year German chancellor Angela Merkel and French president Emmanuel Macron pay tribute to those who fought against the Nazi regime, and who were considered terrorists by the Germans. In both countries the underlying assumption is that fascism has been rejected, and it is an approach that seems natural, in contrast with what is seen in Spain, where the break with Franco failed, and drawing the dividing line that is common elsewhere in Europe is frowned upon in some sectors.

The approach taken by Popular Party deputy Cayetana Álvarez de Toledo when she pejoratively accused the Spanish deputy prime minister, Pablo Iglesias, of being "the son of a terrorist" because Iglesias senior was part of the anti-Franco group FRAP in the 1970s collides with this contradiction and shows up the ideological assumptions on which it is based. The accusation would be considered absurd in Germany or France, and would be linked to the far right.

A year ago, Merkel paid tribute to the perpetrators of a failed assassination attempt made on Adolf Hitler in July 1944 by colonel Claus von Stauffenberg and a group of collaborators. In the so-called Operation Valkyrie, which consisted of placing a briefcase containing explosives in the dictator's headquarters in Poland, Hitler was slightly injured. The perpetrators of the action were shot, accused of terrorism and rebellion.

In tribute to the perpetrators of the attack, Merkel spoke in front of young recruits from the German army and praised the "exemplary character" of Stauffenberg and his collaborators. “There are times when disobedience can be a duty,” she indicated, alluding to the obligation to fight against a dictatorship. 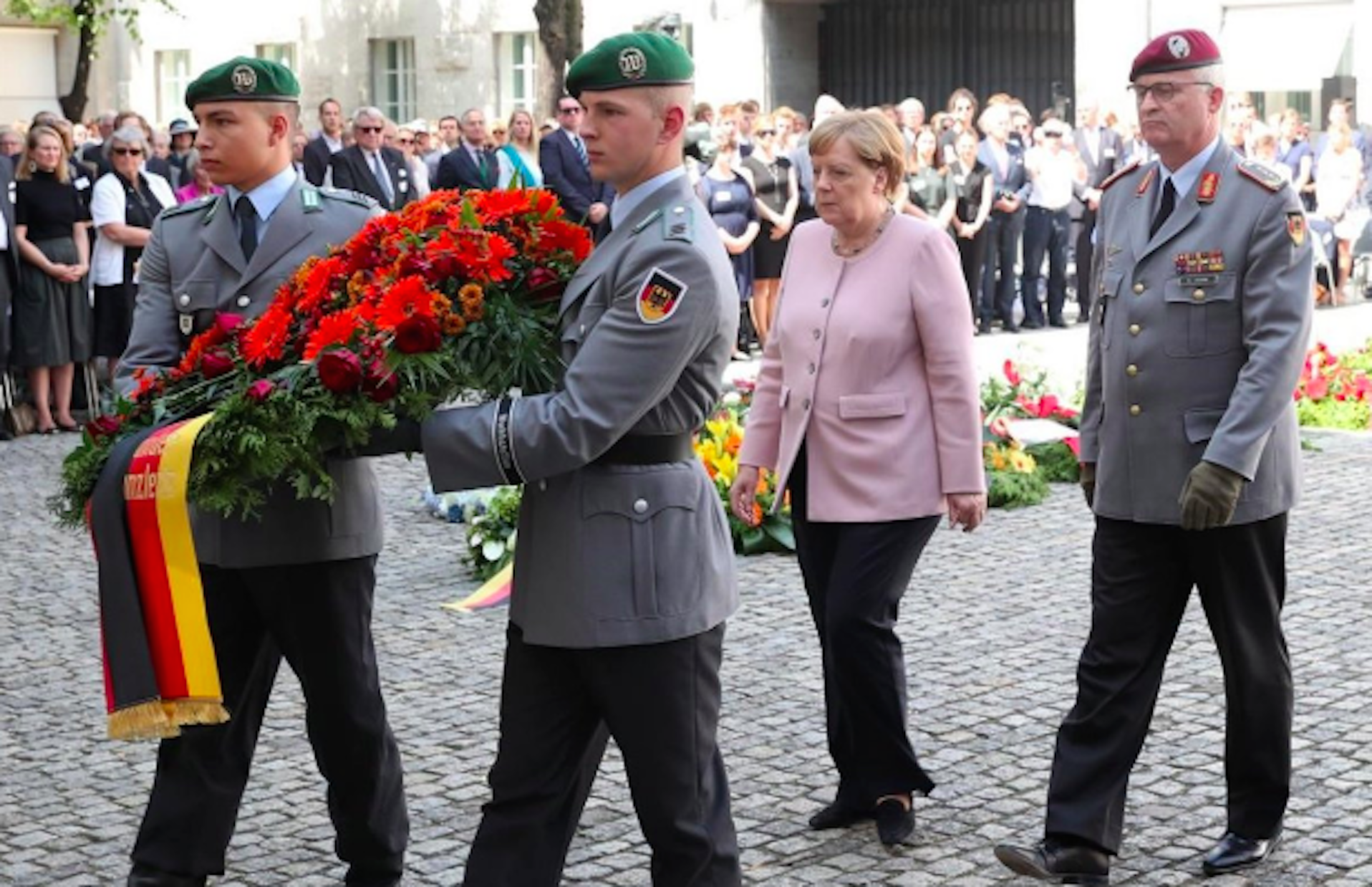 In Germany there is even a German Resistance Memorial Center, located in Berlin, which collects all cases of activism against the Nazi regime, and pays didactic tribute to them. The location of the centre speaks for itself: it is in the former German military residence where the perpetrators of the 1944 plot were shot.

The German resistance against Nazism was small in absolute terms, but it is a part of its history that the country claims with resounding clarity. 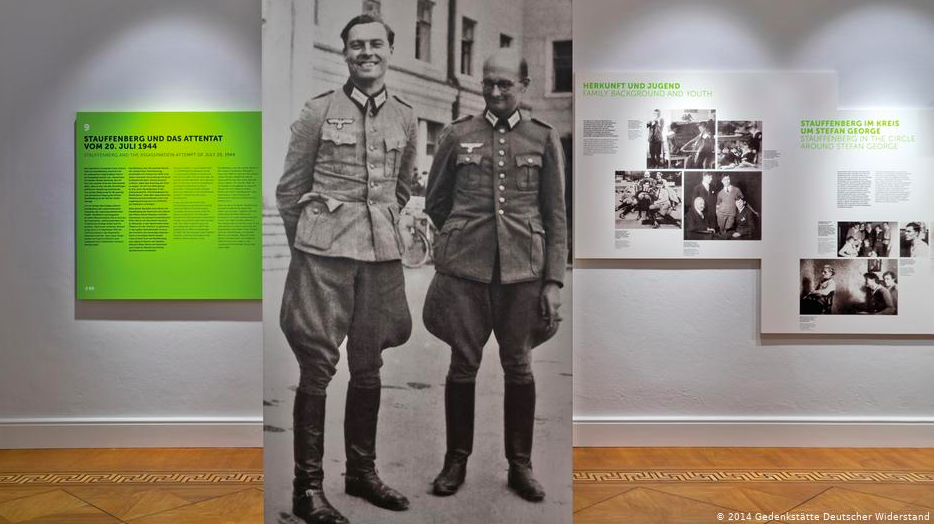 Stauffenberg and the 1944 attempt to kill Hitler, one of the protagonists of the exhibition in Berlin

The same thing is true in France, and the French resistance against the Nazis has been the subject of constant homage since the 1950s, an issue demanding thorough solemnity. President Emmanuel Macron has continued a policy which carries on unalterable in the French Republic.

Here, Macron appears awarding a decoration to a member of the resistance: Jacqueline Fleury-Marié received the country's Legion of Honour award last December.

And a year ago in Caen, Normandy, the French president presided over a tribute to members of the resistance who were executed in front of the prison of this French town. On June 6th, 1944, a few hours after the D-Day landings, the Nazis who still had control of the jail decided to execute the prisoners to prevent them from giving information to the Allies.

Streets in many French localities are dedicated to resistance activists, and in Paris there are even signs indicating where they fell. As in Germany, the division in France is seen as being between fascism and democracy, and this is the criterion which was the basis for the creation of the Franco-German axis - which, with both errors and successes, has led the European Union up till now. 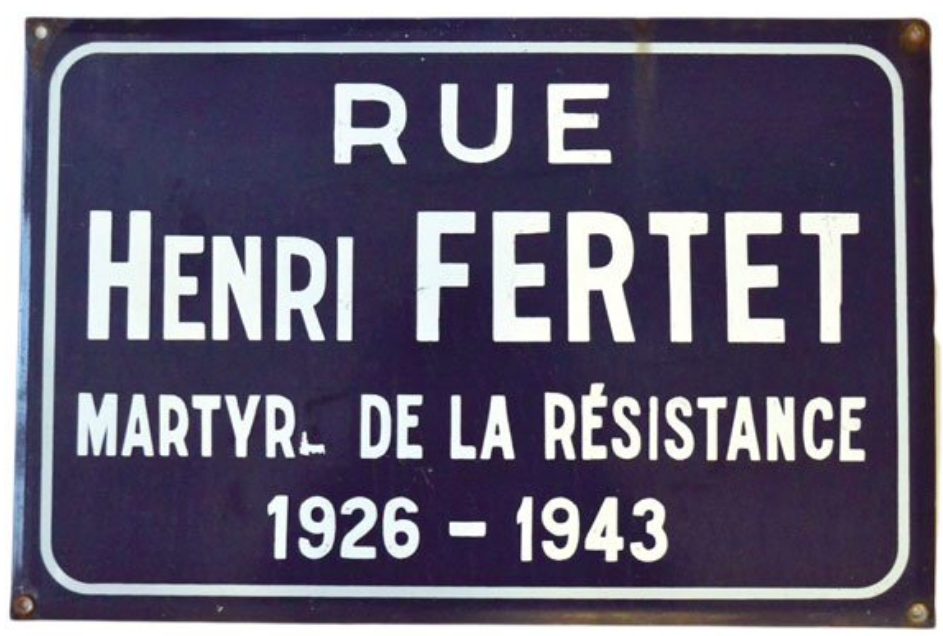