Junqueras reacts to finally being recognised as an MEP

Yesterday, Catalan politician Oriol Junqueras wished supporters a happy Three Kings Day from Lledoners prison and told them to "never lose hope". This morning, he learnt that the European Parliament will recognise him as an MEP over the opposition of the Spanish Central Electoral Commission.

His reaction to the news on Twitter was short and to the point. He retweeted the breaking news from a Spanish paper adding a comment: "Nothing more to say."

The decision comes three days after the Spanish Electoral Commission, in an eight-five decision, found that whilst he did automatically become an MEP after all, it would now revoke that status given his conviction in October during the trial of pro-independence leaders in Spain's Supreme Court. 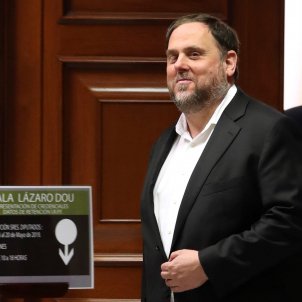