Is Torra thinking of leaving the presidency?

It's very possible that the true meaning of the words from the Catalan president, Quim Torra, warning of a government crisis between PDeCAT and Esquerra Republicana, if they vote in the Spanish Congress in favour of the budget, had more to do with his continuance in the office than with the firing of ministers of one party or the other. Let's put it plainly: to do with his public discrediting. Something which the Catalan president would feel for himself if the two pro-independence parties were to pass the Spanish state's accounts without anything in return politically from Pedro Sánchez's government relating to the hot topics of the Catalan legislature: an agreement for a referendum and a solution for the political prisoners and exiles. In short, the Catalan portfolio.

Although it's still not been eight months since he took over the presidency, the road is proving long for Quim Torra. Among other things, because when he accepted the office he surely had in mind a different plan to the one he's had to carry out and that's meant he's felt the solitude of the position much more than he could have imagined. So much so that, for him, resigning the office wouldn't even be a personal problem. Maybe that's why he's launched this gambit to the pro-independence parties which make up and support his government at a time when the pressure from Madrid to support the state's budget is high and, on the other side of the scales, there's no news on the referendum. And, with respect to the prisoners, all there's been is notice from the Supreme Court that the pro-independence leaders in pretrial detention can start getting ready for their move to the Spanish capital at the end of the month.

What's certain is that the Catalan presidency has been, recently, an excessively uncomfortable seat. This Wednesday it was three years since Artur Mas resigned, his "step to the side", passing the baton to Carles Puigdemont. The president in exile was only able to stay in office for just over 21 months, until he and his government were fired by Mariano Rajoy. And Torra, who for the moment has no other deadline than that which he wants to set himself, will in the coming weeks or months lose his main collaborator, presidency minister Elsa Artadi, who will move to Barcelona city council. A move which will have to be covered very well to maintain the coordination Artadi had with ERC, with the Spanish government and with Puigdemont.

Esquerra's advice to Torra of prudence before linking a government crisis and the budget in public have meant little to nothing. Among other reasons, because they defend their autonomy and that of their parliamentary party in the Congress in the decision and they don't want to feel they're linked to a greater extent than is cosmetically reasonable to Torra's warning. Ultimatums can backfire, as the president proved last October, when he demanded Pedro Sánchez offer a specific agreement for the Catalan people to be able to exercise their right to self-determination. Now, with the state's budget, the president has found himself in situation which is just as tricky.

Torra is finding, as such, limited support from his government to the head-on, categorical opposition of Pedro Sánchez and a great distance to the Spanish parliamentary chambers, where still neither PDeCAT nor ERC want to close off all paths to agreement. 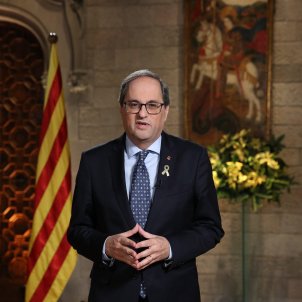 New Year's Message Catalan president: "Let's be ready for the year of our freedom, it's close" David González 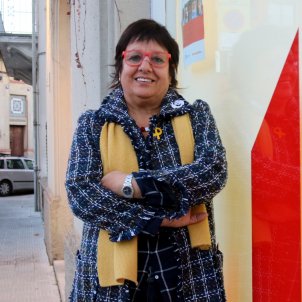 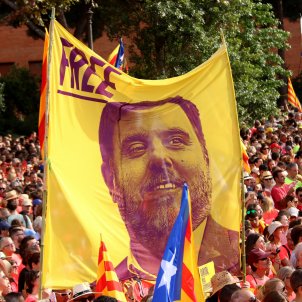