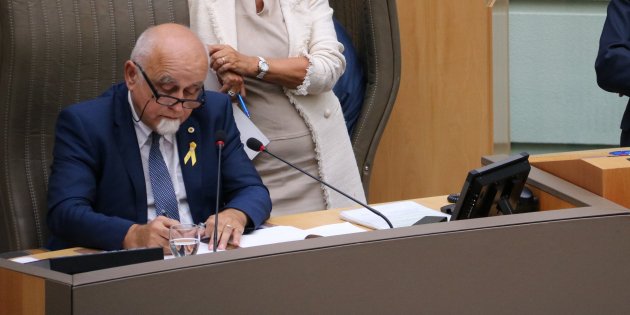 His comments led to the Spanish foreign minister, Josep Borrell, revoking the diplomatic status of the Flemish government's delegate to Madrid. Spain, he said, "is incapable of meeting the conditions to form part of a democratic Europe" because it has "political prisoners". Now, far from retracting his remarks, Jan Peumans (Maastricht, 1951), speaker of the Flemish Parliament, doubles down in this interview with El Nacional: "This situation is unacceptable in 21st century Europe". Peumans has received the support of his legislative chamber, from both right and left, whilst the Flemish minister-president, Geert Bourgeois, described the Spanish measure as "disproportionate". 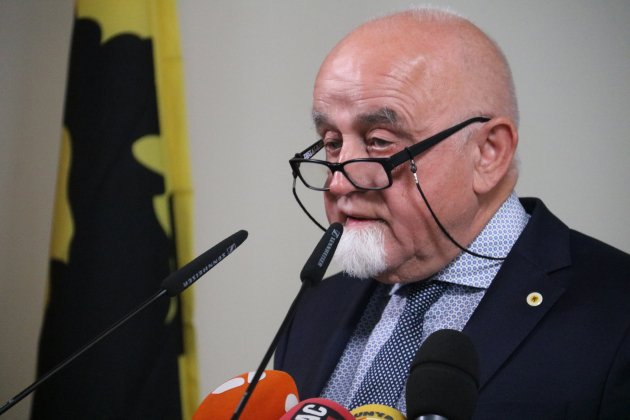 What do you think of the reaction from the Spanish foreign minister, Josep Borrell, to your words, by expelling the representative of Flanders from the diplomatic corps?
It's a joke. Europe's never seen that before... An MP is free to say whatever they want. It's our right, it's in the constitution. We can express our opinion on the prisoners. Minister Borrell has taken draconian, excessive steps. Never has a government taken measures against a member of a Parliament. It's really extraordinary. Now he's said that relations between Spain and Flanders, in diplomatic terms, are over. It's ridiculous. We said it yesterday in our Parliament too. All the parties, the six parties, gave me support as speaker. They said that any MP is free to say whatever they want to say.

Do you stand by your words?
For a politician in democratic Europe to be put in prison is not normal. It's something which I cannot understand in the year 2018. Be it [former speaker of the Catalan Parliament Carme] Forcadell or any political leader in prison, I cannot understand it. As such, I stand by what I said.

What should Belgium's reaction be to this question?
The Belgian foreign minister [Didier Reynders], who is a liberal francophone, has said that it's not his issue if there's a conflict between Flanders and Spain. Nonetheless, the president of Flanders, Geert Bourgeois, will give Reynders a letter, which he will deliver to the Spanish government through the Belgian embassy.

And from Flanders, what measures have you taken?
Our Parliament has passed a bill which says three things. Firstly, that we're opposed to the police violence of the [day of the referendum] 1st October last year. Secondly, that dialogue is needed between the Spanish government and the Catalan government and institutions. Thirdly, we ask the European Union to act as a mediator in the conflict that still exists in your country. The bill was passed unanimously.

Will Flemish Socialists intercede?
Yesterday we asked the leader of the Socialists in our Parliament to get in contact with the Spanish Socialists to tell them that Flanders is not happy with the actions of your foreign minister.

You're calling for European mediation, but Europe's not doing anything...
Because it only recognises nation states. But I cannot understand that Europe should be outraged (as we are) over the situation in Poland or Hungary, but doesn't get outraged over the situation of the prisoners in Catalonia. For us, that's not normal.

Do you think that between the old PP and new PSOE Spanish governments the only thing to have changed is the facade?
The truth is that, yes, I do. They've changed the names, but the rest is the same. It's the same. We hoped that it would change with the Socialists but, for the time being, the only thing they've done is to move the prisoners from Madrid to Catalonia. 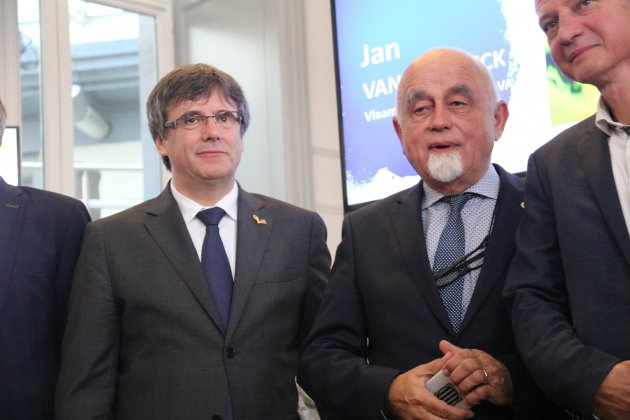 What could be the solution to the Catalan issue?
Our country and our party have always said that the decision has to be whatever the people of Catalonia chooses. It could choose a federalist model. Your country isn't federalist, ours is. But it's not our issue; it's the Catalans who have to choose what country they want to have. It's your decision.

For the time being, the only thing they've done is to move the prisoners from Madrid to Catalonia

The Spanish government says that Spain is a federal country.
Does your constitution say that?

No, but they argue that it's one of the most decentralised countries...
Then they can learn from our country. There are many experiences of federal systems.

For example?
Flanders' powers are on the same level as the federal Belgium. It's the same with Wallonia. For example, with CETA, the trade deal between Europe and Canada, which had to be ratified by our Parliament and also Wallonia's. We have a regional Parliament which approves international treaties. We have national powers, but also international powers. Our regional ministers take part in councils of European ministers. For example, on education or culture. This is unique in Europe.

That's very different from the Spanish model.
This week, a delegation from the Basque Parliament has come to see our Parliament, and they've expressed their envy that we have international powers that other regional parliament don't have. And one of the clearest differences...

What?
Article 155 of your constitution allows [the central government] to remove a regional government's powers. That would be impossible in Belgium, it's out of the question. It's especially impossible because, as I've already said, the regional Parliament is on the same level as the system of federal Belgium. It's a very big difference, likewise with Germany.

How do you believe Belgium would react if Flanders were to hold a referendum like the one in Catalonia?
It's a very hypothetical question because there's a great difference between the Flemish and Catalan people. Catalan identity is much stronger than here. What happens on the Diada [the Catalan national day] in Barcelona would be impossible in Flanders. In the sixties there was a demonstration of Flemings in Brussels to ask for more powers, but 50 years later things have changed a lot. We have many more powers. What's more, we Flemings are more than six and a half million of Belgium's eleven million inhabitants. In Catalonia there are seven million of you... And how many Spaniards?

47 million
You really are a minority! In any case, that doesn't happen in Belgium because there are the same powers in the two regions. That's also a great difference. But organising a referendum here, I don't think that will happen. 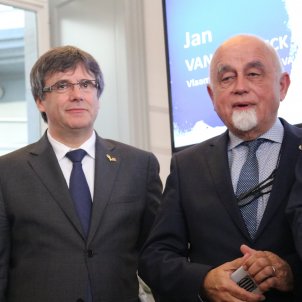 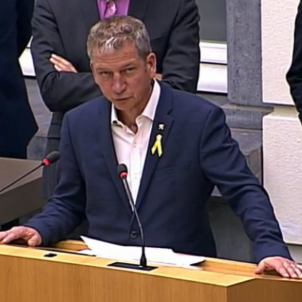 Editorial Borrell, the man of a thousand fires José Antich