Catalonia to start use of the single-dose Janssen jab, now authorised

Catalonia's primary healthcare centres (CAPs) are preparing to start vaccinating 70-79 year-olds with the Janssen Covid-19 vaccine this Thursday and Friday, after the Spanish health ministry this Wednesday began distributing a shipment of 146,000 vaccine doses among the autonomous communities.

Catalonia is to receive a total of 24,000 doses, and each CAP will be contacting people aged 70 to 79 in its catchment area, as was already the case with the Pfizer jab.

The stand-out feature of this vaccine is that only a single dose is required. Until now, the shipments of the medicine that had already arrived had been in storage at a central health warehouse in Guadalajara, waiting for the European Medicines Agency (EMA) to decide whether it would approve the vaccine, developed by the Dutch company Janssen, a subsidiary of the US pharmaceutical giant Johnson & Johnson. 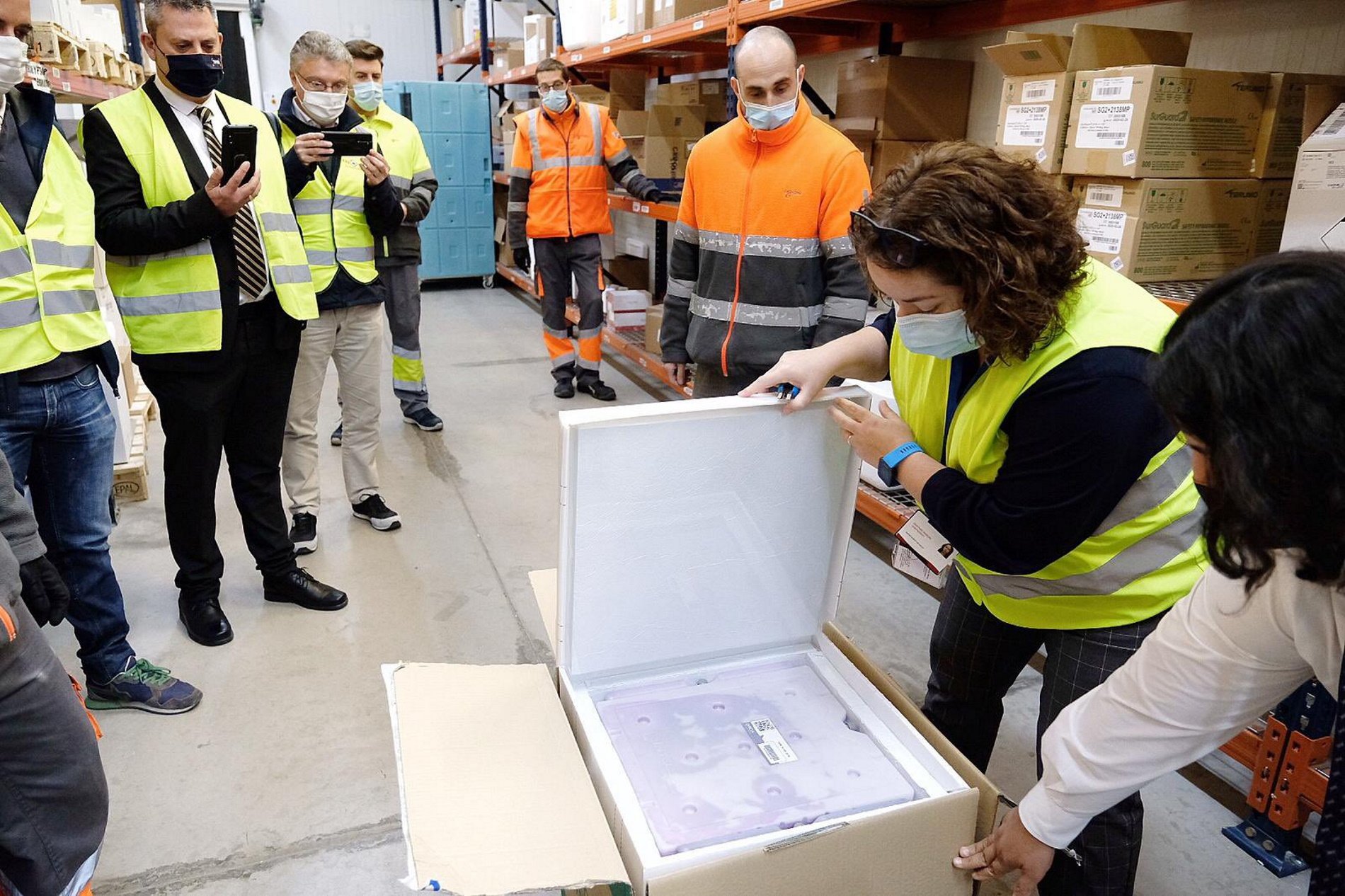 On Tuesday, the EMA gave its approval to the Janssen vaccine, stating in a report that the rare thrombosis cases which had occurred were an “infrequent side effect” of the drug. These were the organization’s findings after studying the possible relationship between the vaccine shot and six “severe” cases of thrombosis with thrombocytopenia that had occurred in the United States.

One in 5 Catalans has had a first dose

Meanwhile, vaccination with the other approved vaccines is progressing in Catalonia. As of this Wednesday, a total of 1,610,350 Catalans had received at least a first dose. In the last 24 hours, 26,115 vaccines have been administered. 530,874 people have received a second dose of one of the Covid vaccines (27,373 in the last 24 hours). The effect that the vaccine has had on the pandemic has already been demonstrated in residents of care homes, one of the first groups to be prioritized for coronavirus shots in Catalonia together with medical staff.

Above: Percentage of different groups in Catalonia who have been fully vaccinated against Covid-19 (yellow)

More than one in five Catalans - 20.4% of the population - has received the first dose of the vaccine against Covid, according to the health department.

Above: Percentage of different groups in Catalonia who have received a first vaccination dose against Covid-19 (yellow)

The vaccination period began on December 27th, as in most European Union countries, which have chosen to follow a joint strategy.

Above: How many vaccines have been administered in Catalonia? (Yellow = first dose, green = second dose)

Meanwhile, the coronavirus indicators in Catalonia show a continuing downward trend, yet pressure on hospitals remains high. Hospital admissions and the number of patients in intensive care beds are key pandemic data, since they constitute "limits" of the system, which would have repercussions in terms of patient welfare if exceeded. And the pressure on these points is more than evident.

The Catalan health authorities have today reported a total of 1,650 patients hospitalised with Covid-19 (20 fewer than yesterday). The peak level was reached on January 24th, at 3,038. Total intensive care patients are also down, from 499 to 497.

Main image, the first doses of the Janssen vaccine arrive in Catalonia / CatSalut