Here are the seven mass vaccination centres that Catalonia is readying

Catalonia is to have a total of seven mass vaccination points for coronavirus jabs. Among them are the trade fair space of the Fira de Barcelona and also the Camp Nou football stadium. The entry of the Barça stadium into the health department plans was announced by Catalunya Ràdio today, reporting on a conversation between Catalan health officials and the new president of FC Barcelona, Joan Laporta, on turning the giant stadium in Les Corts into a mass vaccination centre.

The principle vaccination points used in a process which now promises to pick up speed will be mainly the CAP primary health care centres, as well as larger civic centres and sports centres around Barcelona. B​ut for some time now, the department has been looking for large spaces that will enable shots to be administered to many people at the same time. These will not enter use until more than 200,000 doses of vaccine arrive in Catalonia, according to Catalunya Radio. At that point one of the trade fair pavilions belonging to Fira de Barcelona, on Avinguda Maria Cristina, will enter service as a mass vaccination centre, which could contain as many 120 vaccination units working at the same time.

Where are the seven points?

The spaces confirmed in a press conference this Tuesday by CatSalut are the Fira de Barcelona, ​​the Pista de Sabadell, Fira Cornellà, Palau Firal de Girona, Pavilion 11 September in Lleida, a space to be specified in Tarragona and, as a special-use space, the seventh on the list: Camp Nou. Thus, three in the Barcelona metropolitan area (four with Camp Nou), and one each in the capitals of Girona, Lleida and Tarragona.

Adrià Comella, director of CatSalut, explained that the Fira de Barcelona centre could administer 20,000 vaccines in a single day. 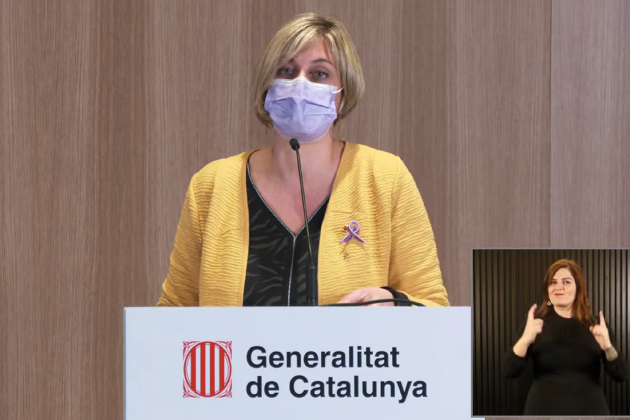 The RCD Espanyol stadium (Cornellà) and the Sagrada Família temple were also mentioned as possible vaccination points, however, their managements have not yet been contacted, according to the radio programme. In February, public health secretary Josep Maria Argimon also said in an interview with Catalunya Ràdio that the Oval Room of the MNAC museum, on Montjuïc, could be included in the list.

As well, the large La Farga multi-use centre in l'Hospitalet de Llobregat has been pre-booked by the Catalan health department from 1st April, and the Torre de Julià de les Fonts civic centre in the Vallès Occidental county has also been confirmed. The city of Manresa has enabled the upper part of its Palau Firal trade fair space.

In addition, the municipalities of Figueres, Blanes and Olot will be proposing different municipal facilities for mass vaccination use, except at times when sports activities are scheduled, said the radio programme.

The spaces are ready... and the shots?

With the seven spaces for mass vaccination, the intermediate sized-centres and the primary care centres and their annexes, there will be a total of around 500 vaccination points throughout Catalan territory. Thus, the health minister,  Alba Vergés, stressed that the department hopes to have "many more doses, and in mid-May to move to other groups." It has also been announced that 10,000 health professionals have been located and will be available to participate in this mass vaccination campaign.

In this regard, public health secretary Josep Maria Argimon remarked that the mass vaccination strategy will depend on the vaccine doses being available. "Sxity thousand AstraZeneca doses were to arrive for this week, in the end it will be 30,000, 15,000 this Monday and 15,000 on Friday. We started 12 weeks ago and every week there have been setbacks. We can't make many predictions", he commented.

In this regard, he stressed, as he had done on other occasions, that Pfizer is the most reliable for now in terms of logistics. "We have about 120,000 doses committed for next week and about 195,000 for the week starting on April 5th. We don't have more vaccines assured than that at present", he clarified.

Starting this Wednesday, the Catalan health service will be again administering AstraZeneca shots. And new groups will be receiving the AZ vaccine: from now on, people up to the age of 65 can receive it in the Spanish state. In principle, the first to receive the vaccines once the vaccination process is renewed will be essential workers, as Vergés explained on Monday.

As well, the general population aged 60-65 will now be targetted. Argimon announced today that 240,000 people between 60 and 65 years old have already received notifications. However, the public health secretary commented on "significant logistical difficulties", stressing that "Spain has put obtacles in the way in this respect." He explained that until now, Spain was the only country to set a maximum age for the AstraZeneca shot of 55 years, and now, Spain and Poland are the only countries to put the age limit at 65. "The other countries either have no age limit or they set it at 75 years of age."