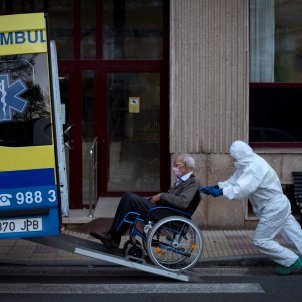 The Spanish government reiterates that the pandemic is nearing its peak, and conveys hope in each of the public appearances made by its representatives. However, the figures are still shocking. According to the latest assessment made public by the ministry, in the last 24 hours Spain has registered the highest number of deaths, 832. The death toll is now at 5,690. The positive side is that the pace of recoveries has shot up, more than 12,000 since the pandemic was declared. 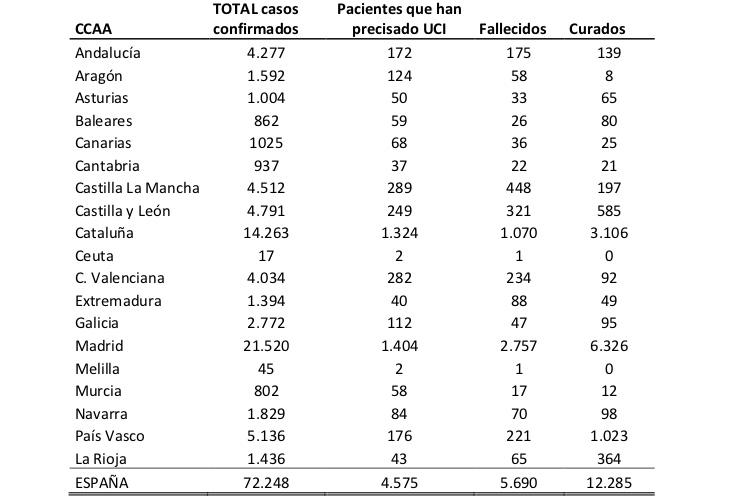 It is important to look at the number of patients who have recovered, which almost doubled in one day. Since yesterday, about 3,000 patients have been discharged from hospital. Between Thursday and Friday there were 1,648 discharges. In the last few hours 8,189 more Covid-19 cases have been detected raising the total to 72,248. Of these, 4,575 have been admitted to the ICUs.

If we look at the relative data, the truth is that, proportionally, the percentage increase in deaths - despite being the highest in absolute terms - is lower than yesterday. The increase in the number of deaths in 24 hours was 17%, whereas in the previous days it had been 19%.

Mortality in Madrid, which is above average, close to 13%

Every day, the ministry provides the data broken down by autonomous region. The spread of the coronavirus continues to soar in Madrid, where 2,757 deaths have been recorded, half the total number of deaths from Covid-19 in Spain. The bleakest fact is the mortality rate in the Spanish capital. A comparison between the total number of cases detected with the number of deaths to date, shows that 12.8% of the patients have died. This is much higher than in Spain as a whole where the percentage is 7.8%.

Catalonia's average is similar to that of Spain. So far, 7.5% of Covid-19 patients have died. It is the community with the second highest number of infected people, 14,263,and of deaths, 1,070.