How likely a second wave of coronavirus in Catalonia? Epidemiologist Mitjà's view 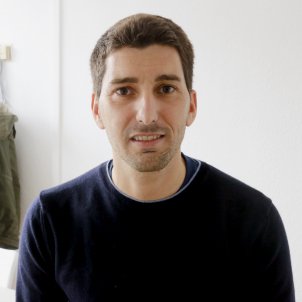 Catalan epidemiologist Oriol Mitjà warns that there could be a resurgence of coronavirus in Catalonia if lockdown is lifted without the infection having been controlled. On Twitter, Mitjà, who is an adviser to the Catalan government on the pandemic, has sounded a note of concern on several points, including the fact that PCR testing had not yet been activated for people with mild symptoms because of a decision to "avoid the use of different brands of swabs". And he also says that contact tracing - on which he has made proposals - has not been activated "out of fear of technology".

In two tweets this Tuesday with notes on "Week 9 of the pandemic", the Catalan researcher also asserts that more effort needs to be made to tell people over 70 that they should make use of the special timeslots for their age group - from 10am-12 noon and from 7-8pm - rather than going out in the time periods for the general adult population:

Translation:
"# Week_9_pandemic
➤We haven’t explained well to the Over 70s that they shouldn’t leave home before 10am or after 8pm
➤PCR testing for mild cases has not been activated, because someone insists on not using other brands of swabs
➤Contact tracking has not been activated due to fear of technology"
— Oriol Mitja

As well, he highlights that the infection rate (R0) in Catalonia is 0.95 and has not gone down for 3 weeks. An R0 of less than one is positive, but in this case it is only just less than one, and hasn't moved for many days:

Translation:
"➤The R0 is 0.95 and hasn't decreased for 3 weeks
➤The health system still has 50% occupancy of critical care beds
➤Seroprevalence studies show immunity in Barcelona city and the North metropolitan area of <10%

⚠️If we lift lockdown without having control of the infection, we are heading for a resurgence of #COVID-19" — Oriol Mitja

The Catalan government advisor quotes some of the first results of the seroprevalence studies being conducted throughout Catalania and Spain, showing that in parts of metropolitan Barcelona, less than 10% of the population has coronavirus antibodies, a lower figure than some expected and one that implies that a very high percentage of the population is vulnerable to getting infected with Covid-19 and spreading the virus.

The epidemiologist thus includes a yellow caution triangle in his message and says that if "we lift lockdown without having control of the infection, we are heading for a resurgence" of the coronavirus.

Under the plan for "deconfinement" set in place by the Pedro Sánchez government, it is the Spanish health ministry which will decide when each of Spain's 50 provinces is able to pass to the next stage of the process, based on a series of health criteria. 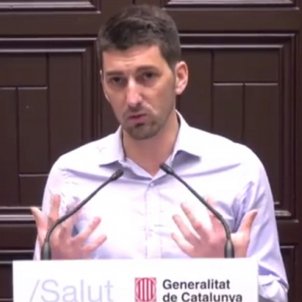