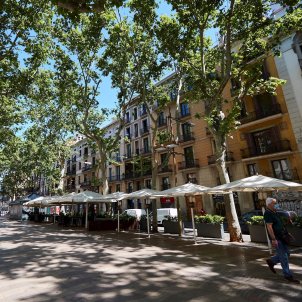 Barcelona city council plans to allow the expansion of terraces for bars and restaurants, which will "preferably" be achieved by occupying parts of roads and parking spaces. Deputy mayors Jaume Collboni and Janet Sanz gave a press conference this Wednesday presenting their proposal in relation to terraces for bars, restaurants and others premises such as wine cellars and hotels, as the coronavirus lockdown is eased.

The Ada Colau-led council estimates that, under the new rules to open up the available public space to wider use by businesses, 93% of the 5,500 existing terraces in Barcelona city will be able to open at their current maximum capacity or even a new expanded maximum occupancy. As well, 3,500 further establishments that do not currently have outdoor tables will be able to offer this service under the new rules proposed by the Barcelona city council. Thus, the city will potentially have more terraces than ever, and they will be able to occupy more of the city's limited public space than ever.

Specifically, premises that already have terraces will be able to reopen to the public by locating half of the tables they are currently licenced for in the existing area - placing them a minimum of two metres away from each other. But they will also be able to expand the area of their terraces to enable up to four more tables, or even six when the new space occupied is taken from traffic lanes or parking spaces.

Sanz explained that the extensions of the terraces will be achieved "as a first preference" by occupying public space currently intended for vehicle parking or traffic circulation. As well, premises which currently have no terraces will be able to request authorization to place between four and six tables outside - six, in the case that traffic and parking lanes are being occupied. The city council has promised to rule on such requests within a maximum of 15 business days.

The Ada Colau council has also confirmed its earlier decision that these businesses will pay only 25% of the normal rental fee for the public space they occupy in 2020.

Deputy mayor Collboni stressed that the "last word" on the measures announced today will be given by the municipal political groups, although he takes it for granted that they will pass the new measures following discussions he has had with them on the matter in the last few days. 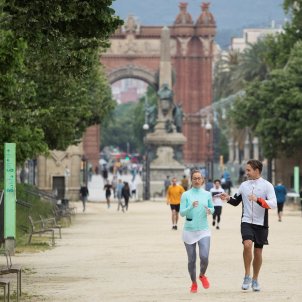 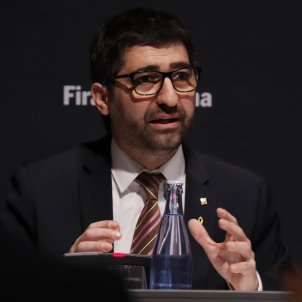