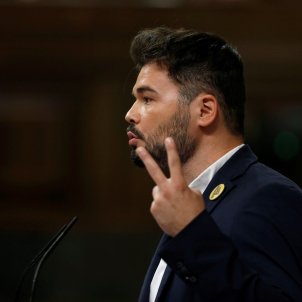 In his speech during the investiture debate, Pedro Sánchez was "irresponsible" and "negligent" to avoid the topic of the Catalan conflict. That was the assessment Gabriel Rufián (ERC) opened his speech with this Tuesday morning in the Congress in Madrid. The Congress spokesperson for the pro-independence Catalan party urged him to change course before it's too late: "the situation can still be saved," he said. He warned that aiming to fail to be invested on Thursday with the plan of going to a new general election would be irresponsible. "You have 48 hours," he reminded Sánchez.

Rufián criticised the candidate for prime minister for dedicating only "three seconds" in his own speech to his potential coalition partners, Unidas Podemos, and "zero" to the Catalan conflict. "Either he's irresponsible or he wants to go to an election, and I don't know which is worse," he said. "Let's be aware of the enormous exercise of responsibility we're carrying out by not speaking with our guts", he said, "our gut is calling for something else from us". He said ERC is "essential" for the governability of Spain given the parliamentary arithmetic.

The spokesperson accused Sánchez of "playing Russian roulette, giving Casado, Rivera and Abascal a second chance", referring to the leaders of the three main right-wing Spanish parties. He warned that a repeated general election would see them all paying the price for the "irresponsibility", a term he used repeatedly throughout his speech.

Rufián reminded Sánchez he doesn't have an absolute majority and said he can't act as if he does. "What's he doing asking the right to abstain?", he asked, noting Sánchez himself refused to abstain on Mariano Rajoy's investiture in 2016.

He also warned the acting prime minister that he cannot avoid the topic of Catalonia: "it's the main political conflict on your desk". "Do you think that putting Junqueras in prison for fifteen years will solve anything? Do you really believe that?" he asked. Rufián had proposals of his own, the main one being a table where "all views" can sit down together to discuss the issue. And, once again, the ERC leader denounced the "terrible democratic anomaly" that Oriol Junqueras should be in prison and not in his seat in the Congress.

Rufián also took the opportunity for some self-criticism for the previous legislature: "I've done somethings well, but also some things quite badly. Especially giving too many excuses to talk about the medium rather than the message".

During his reply, Sánchez thanked ERC for its alleged abstention, a position Rufián had mentioned at no moment. "Don't take for granted our abstention," he responded. "You've got 48 hours maximum to reach an agreement," he concluded. 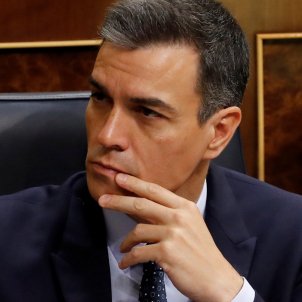 Editorial Sánchez neither wants, nor deserves, the investiture José Antich 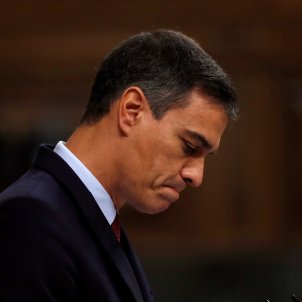