Catalan minister: "If the death penalty were in force, they would be asking for our execution" 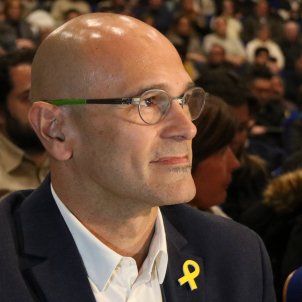 Imprisoned Catalan minister Raül Romeva believes that if Spanish law still included the death penalty, there would be judges, prosecutors and right-wing figures calling for it to be used in the case of the Catalan pro-independence leaders: "I have no doubt that, if the death penalty were in force, some of these actors mentioned, or maybe all of them, would be asking for our execution".

In his book Esperança i llibertat (literally "Hope and liberty"), published in Catalan this Monday, he says that the trial they will face this year for their involvement in the 2017 independence push and referendum will not be just. Instead, he says, it's about "an invented narrative, a textbook process aimed at rewriting history".

In the book, which he has written in prison, he reflects on his legal situation, the current situation of the independence movement and some of the key moments of the process. He accompanies this with first-person anecdotes, including the move from Estremera prison near Madrid to Lledoners prison in Catalonia, life in prison and his appearance before National Audience judge Carmen Lamela.

Romeva criticises the judges for the fact that he and other pro-independence leaders have been in pretrial detention for more than a year. He expresses regret that, even if the European Court of Human Rights finds in their favour in the future, they will already have spent a considerable length of time in prison: "We'll have received a good punishment. We'll have suffered the revenge entailed by this whole supposedly legal process".

He has specific criticism for Supreme Court judge Pablo Llarena, who ordered back into prison those who didn't renounce political life: "Those who didn't stand for election or who had left their seats didn't go into prison. As such, there's no doubt that we are indeed political prisoners".

Romeva says that, unlike some of his former colleagues, he decided to not go to live abroad because he doesn't believe the referendum was a crime; because he'd told various audiences around the world they would defend the vote even with imprisonment and, above all, because of the "determination" of then vice-president and ERC's leader, Oriol Junqueras.

"When it was time to take the decision, so important, to stay or to go, one look was enough to know that we'd support each other," he says.

He reveals that when the then president, Carles Puigdemont, announced on the floor on the Catalan Parliament that there would be a referendum on independence, he wasn't given prior warning he would assigned to organise it: "I find out about the singular role when I hear it from my seat. The president hadn't included me in it before".

The minister admits that Catalonia isn't an independent republic and, although he defends the 2014 and 2017 votes, he trusts they will be able to embark on negotiations to allow for the holding of a referendum supported by both sides and with full guarantees, like the one held in Scotland.

For that reason, he believes dialogue to be essential: "It always must be insisted upon because it's the best of the possible paths. This possibility should never fall off the table, at least from our side".

About the events of October 2017, starting with the referendum on the 1st, he says that despite the sympathy created by the images of the police violence on that day, as the proclamation of the republic on 27th drew closer, "the messages of solidarity started turning into warnings".

"Those who looked at us with sympathy and respected our democratic wager argued that it wasn't yet the time, that we didn't have enough social support," he writes. As such, he now supports building greater social consensus than actions like a unilateral declaration of independence achieve and asks everyone to leave aside their egos.

"Independence motivates a certain number of people; the republic, a larger number, and the fight for civil and political rights, an even larger number", he argues. 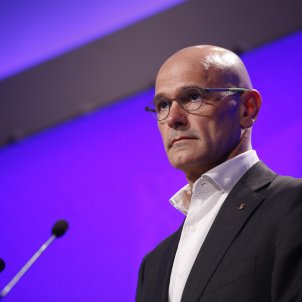 Referendum Investigation Referendum case audio | Romeva: "We were working based on a popular mandate, not a road map" Gemma Liñán 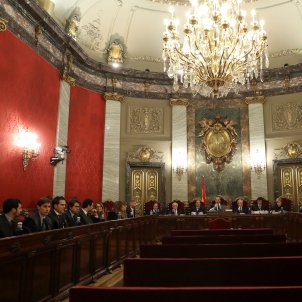