Ambazonia, the region of Cameroon that declared independence 1st October 2017

The president of Cameroon, Paul Biya, has announced "national dialogue" to start at the end of this month in order to resolve the country's territorial crisis. On 1st October 2017, the day of the independence referendum in Catalonia, the Southern Cameroons Ambazonia Consortium United Front (SCACUF) unilaterally declared the independence of Ambazonia. The territory it claims are the western, Anglophone regions of Cameroon, the former Southern Cameroons which in 1961 voted to become independence from the United Kingdom and federate with the French-speaking Republic of Cameroon, which had gained its own independence the year before. This represents some 20% of Cameroon's population, but only 10% of its land area.

Talk has even started of releasing Ambazonian prisoners, although no firm steps have been taken. The dialogue would be led by prime minister Joseph Dion Ngute and would involve members of different political and armed groups. It has even been promised that proceedings will be televised. 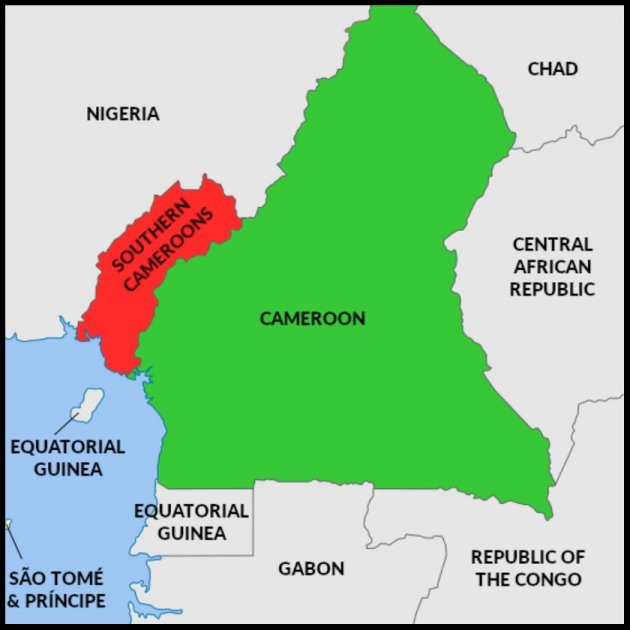 Some within Ambazonia doubt the honesty of the offer. They believe there's no way to hold such talks within Cameroon without first signing a truce to allow guerrillas to take part. They also believe their political prisoners should be released first, including the self-proclaimed first president of Ambazonia, Sisiku Ayuk Tabe, sentenced to life in prison after what activists call a sham trial. That said, they see Biya's new statement as a step in the right direction. Between his time as prime minister and president, he is the longest-serving non-royal world leader; he had so far steered clear of getting involved in the subject.

In an area that used to be able to boast about the quality of its teaching, many schools have been shut for weeks. Last month, Sisiku Ayuk Tabe was sentenced to life imprisonment for charges including terrorism and secession; he had been extradited from Nigeria in a move later declared by that country's courts to be illegal.

Until 1st October 2017, the independence push in Ambazonia had been almost entirely peaceful. The military crackdown, ordered by president Paul Biya following the declaration of independence that day, has changed the situation drastically. Since then, the violence has only worsened. The Cameroon army has been accused of massacres and human rights violations; Anglophone guerrilla groups have multiplied their actions and assassinated Cameroonian soldiers and members of the government. The Amba boys, one of these groups, have been accused of mistreatment of the civil population and kidnappings. From time to time, supporters of independence have called for "dead city" days, bringing the country to a standstill. Hundreds of thousands of people have left their homes and humanitarian organisations believe at least 2000 have died as a result of the conflict. 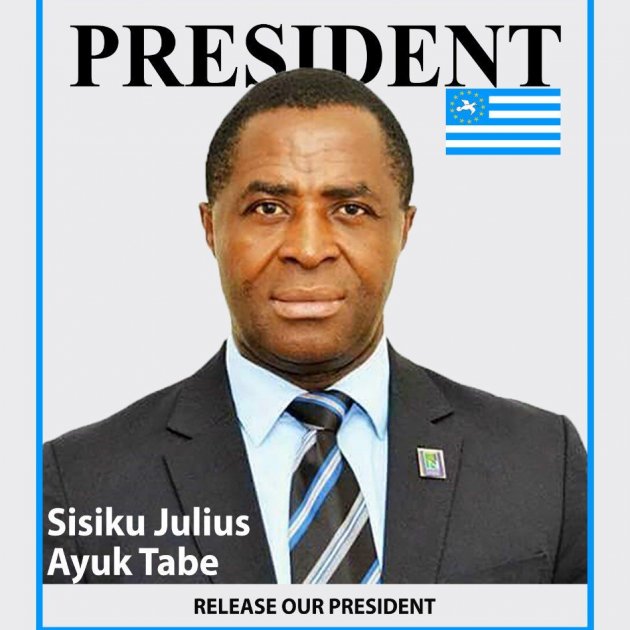 After the First World War, the German colony of Kamerun was split between Great Britain and France. The British territory, far smaller than the French area, was administrated from but not joined to its neighbouring colony in Nigeria. When the French Cameroun gained its independence, the United Nations organised a plebiscite for residents of the British Cameroons to choose between joining it or Nigeria. Although many inhabitants wanted independence, that option was not put on the table, under opposition from Britain. The public argument was that Southern Cameroon would not be economically viable as a state. At that time, the British Northern Cameroons voted to join Nigeria whilst the Southern Cameroons voted to become part of the new Federal Republic of Cameroon with the former French territories. The relationship between the former British and French areas has deteriorated over the years as the central government pursued policies of assimilation.

Growth of the conflict

In 1972, another, equally controversial referendum was held, leading to Cameroon changing from a federal to a unitary state. That led to the suppression of regional institutions in the Anglophone area and the multi-party system. People from the former Southern Cameroon felt betrayed, following which support for groups opposed to the ruling Cameroon People's Democratic Movement spiked. Over the years, appeals have been made to the United Nations for help. It is also a member of the Unrepresented Nations and Peoples Organisation. For years, it had been a stronghold of the centre-left, federalist Social Democratic Front. Since 2015, however, independence groups have been growing in strength. The repression of independence supporters mirrors growing persecution of opposition parties in general, perhaps linked to growing doubts about what is to come once 86-year-old Paul Biya is no longer in power. The situation in the country is also complicated by the presence of Boko Haram near the border with its Nigerian heartland.