Bodies of hundreds of 17th century soldiers found in Barcelona 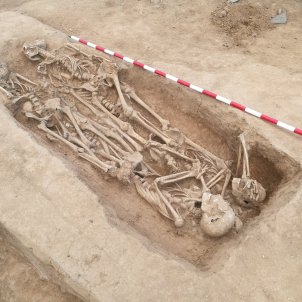 Works for Barcelona's new high-speed AVE station La Sagrera continue to offer new discoveries for archaeologists. The latest find is 68 graves with 358 skeletons. The head of excavations for Barcelona's Archaeology Service, Josep Pujades, has told EFE that the most plausible hypothesis is that they are Spanish soldiers from the army of Philip IV (1621-1665 - some associated finds of clothing and ceramics suggest the site dates to the 17th century). That would make them members of the army who besieged the city between August 1651 and October 1652, during the Reapers' War. At that time, the area was part of Sant Martí de Provençals and would have been the site of attacking troop camps. 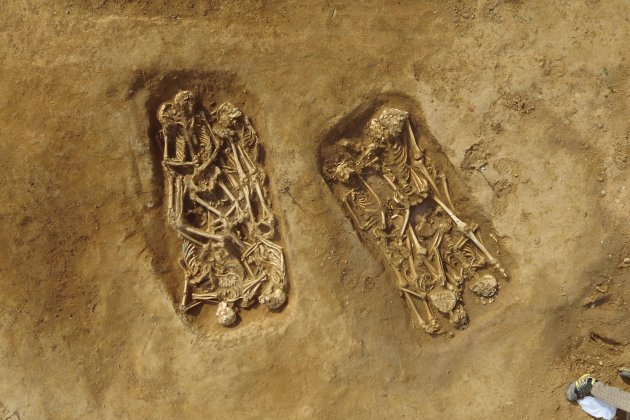 The shadow of the plague

All of the skeletons found were of men between 18 and 35 years old, which leads to the theory they were soldiers. The majority were naked, probably to be able to reuse their uniforms. The most surprising thing is that the majority of the skeletons show no signs of traumatic injury, which suggests they didn't die in battle. Everything points to them having died of the plague; a great outbreak affected both besiegers and the besieged. This epidemic is believed to have reached Valencia in 1647 from Algiers, from where it spread northwards. It claimed its first lives in Barcelona in January 1651. The disease caused great damage because the Catalan people had spent 11 years in misery between the war and a prolonged drought. People would eat weeds and bake bread with acorns. They say it even became difficult to find priests to tend to all the sick, there were so many. 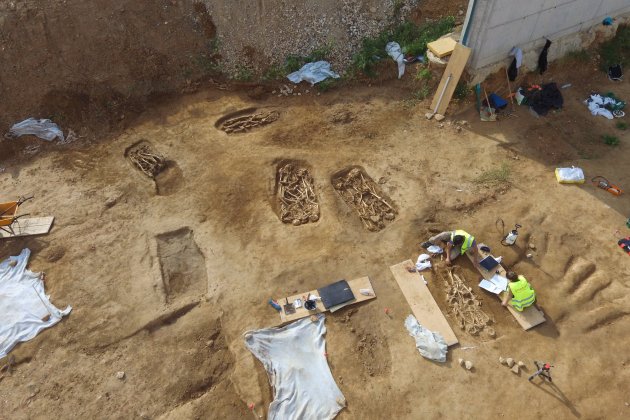 Part of the cemetery

All the remains found are being moved to the Museum of the History of Barcelona's storehouse in Zona Franca, where they will undergo exhaustive tests. The archaeologists, who hope to finish their work within weeks, already documented this site in a first excavation between 2011 and 2012. They suspect it extends beyond the limits of the current dig because, Pujades says, some of the graves were already destroyed from when the area, now in the middle of the city, was farmland.

The Reapers' War, or Guerra dels Segadors in Catalan, started in 1640 with the Corpus de Sang ("Bloody Corpus Christi"), a revolt by reapers against abuses by Spanish troops stationed in the area. In the face of the power vacuum, Catalan political representatives reached an agreement with cardinal Richelieu by which France would help Catalonia which would, in turn, become a republic under French protection. This French support allowed them to check the Spanish army and the war started to drag out. In 1652, finally, Barcelona fell into Spanish hands. But the French army refused to withdraw and continued supporting the resistance. In the end, the governments of France and Spain signed the 1659 Treaty of the Pyrenees: France would abandon her support for the Catalan rebels in exchange for the territory of Northern Catalonia, or Roussillon. It was the defeat of the Catalan republican project.