Behind the Catalan police Twitter: Two years of work

When, on 13th November 2015, there were the attacks at the Bataclan in Paris, the press rooms of the Mossos d'Esquadra (Catalan police) and Civil Protection of Catalonia realised that something had to change.

The Twitter account @EmergenciesCat (Catalonia emergencies) gave service information to the Catalans affected in Paris. This raised the question of what would happen in Catalonia if a similar attack were to take place.

"Paris changed everything" says Marc Homedes, head of communication at Civil Protection. Since he started at the job and the strong growth of social networks, Homedes has been planning a social media information strategy for emergency situations that has ended up being a protocol involving the Mossos, on the one hand, and Civil Protection, the Justice and Health ministries and other infrastructure on the other.

Along with the head of communication of the Mossos, Patrícia Plaja, he has spent two years planning how to communicate a terrorist attack, giving all the information on events and support to those affected via social media, because that's the way for the information to reach everyone.

With them, the new communications strategy reached the Catalan Interior ministry, supported and led by the department's head of communication, Esther Sastre.

Plaja took over the role as head of communication for the Mossos two years ago, but already ran the whole area of criminal investigation and comes from the world of incidents. She'd worked at the SER radio station explaining the things that journalists now call her about.

His work in the street and in communications mean he understands what the journalists who call him every day and at every hour of the day need.

After Paris and Brussels, Plaja and Homedes started to adopt every technique used after those attacks that they believed could be useful for Catalonia.

These last few days, Patrícia Plaja has been managing their Twitter feed, tweeting personally about the police operation. Short, specific and clear messages, giving the time of the events. They are then translated into Spanish and English by other members of the Mossos spokespersons' office.

The speed of these messages is another new aspect of this new way of working. For the first time, the communications department was part of the team, in touch with the heads of the police units and, "sensibly" and critically tweeting the information of interest. Plaja explains that they were "one more unit of the Mossos within the team, like the bomb disposal experts are".

"To have shared space with the Mossos is fundamental," says Homedes. 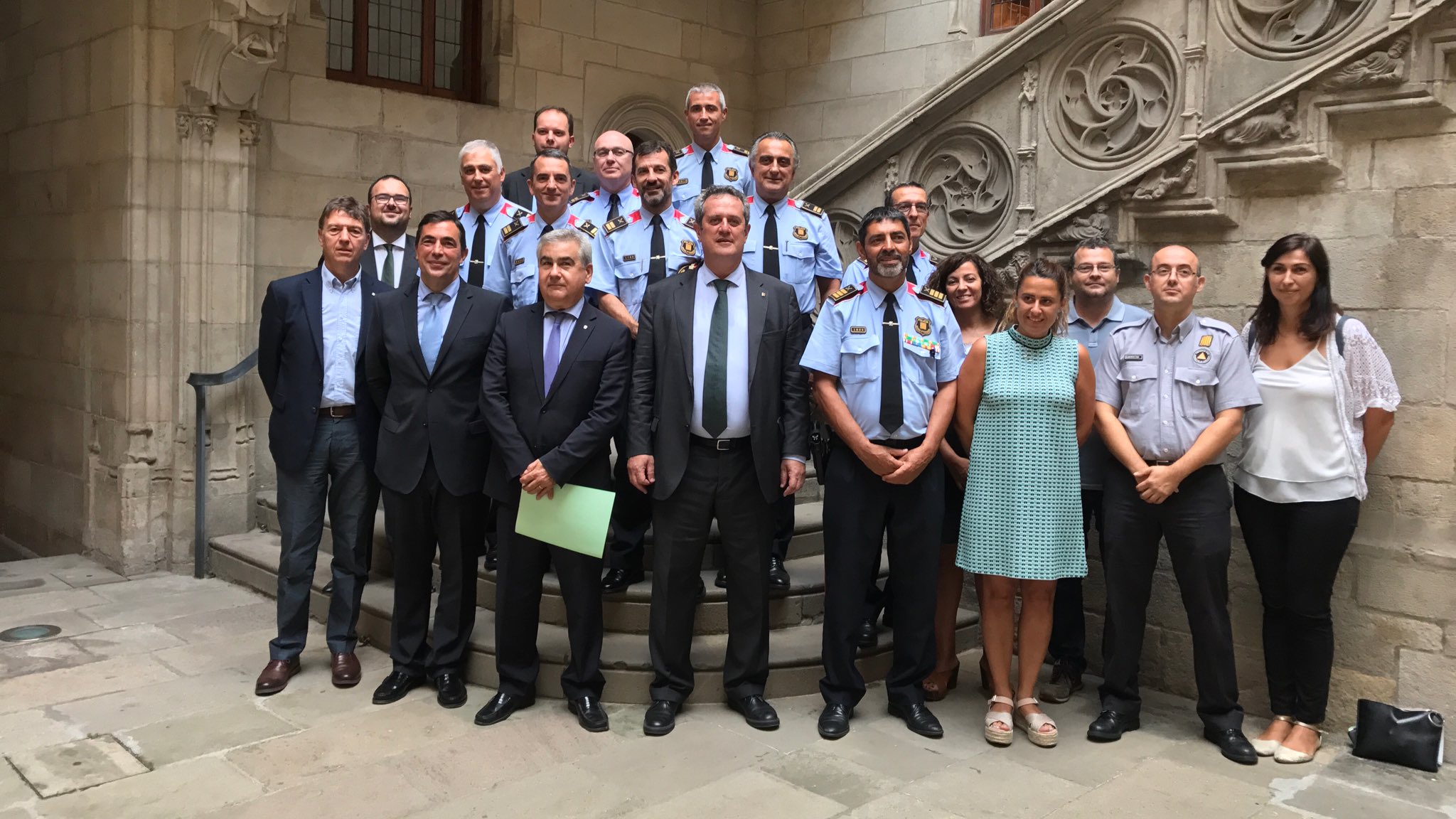 The communications protocol designed for use in case of an attack has two branches. One is the one headed by the Mossos and all including the information of the facts, the resources deployed and the investigation. The other one is the service information that is managed from Civil Protection and that includes the departments of Justice, which is the one that gives information about victim identification; Health, which has control over the care of the injured, and all the basic infrastructure like the different train operators (Renfre, Adif and FGC).

With the usual means

To the difficulties of the emergency it's necessary to add that of the resources. The communications office of the Mossos has three journalists and 25 agents spread around the territory who work in shifts from 7am to 10pm. In Civil Protection there are four press officers.

There has not been any expansion since Twitter became one more tool for the departments. The communications professionals have had to attend to the media by telephone, they've had to make press releases, confirm information with police officers, edit and broadcast any video and now also manage Twitter and Facebook.

The Mossos, moreover, have a Telegram channel with accredited journalists also managed by the press department which has been key to confirm reports and to dispell the false rumours that have arisen over the last five days. 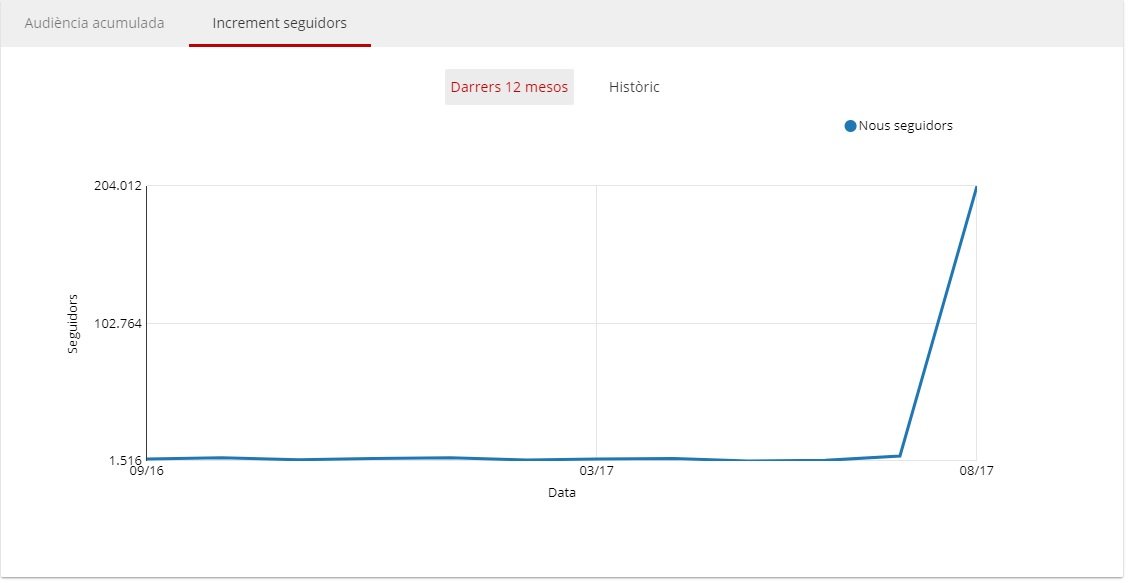 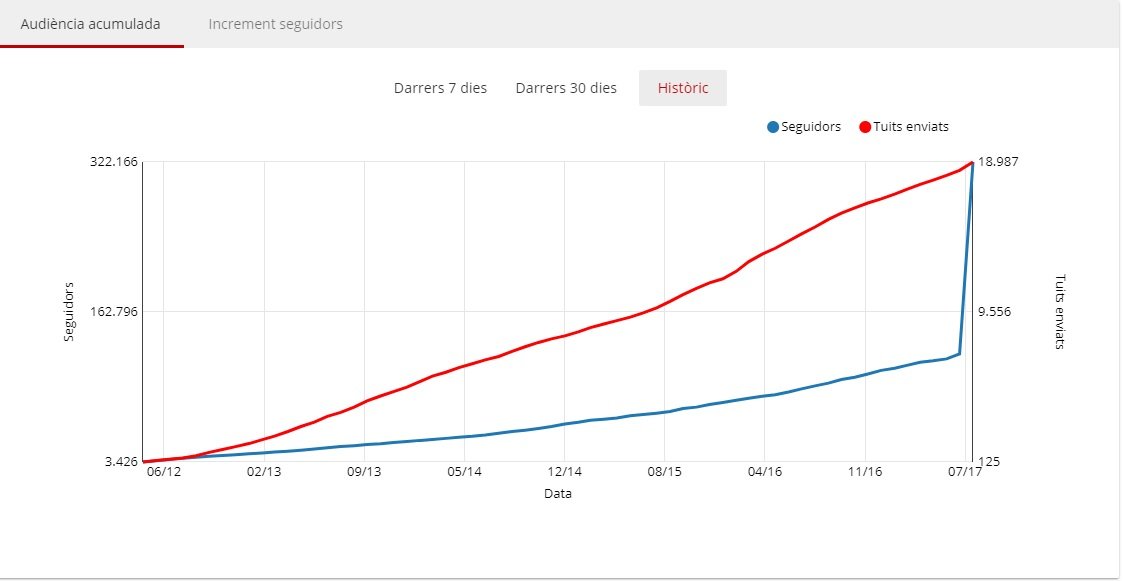