Basic guide to the demonstration in Barcelona against terrorism 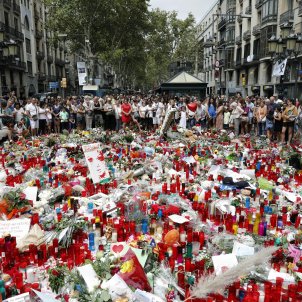 This Saturday Barcelona will host a demonstration against terrorism that is expected to be very crowded. The rally will have Barcelona's citizens as the protagonists, in what will be a protest against terrorist barbarity and in memory to the victims of the attacks on 17th August. The demonstration, which will have the slogan "I'm not afraid", will start at 6pm in the Jardinets de Gràcia, and will continue along Passeig de Gràcia until the Plaça de Catalunya.

Ahead of this significant event, supported by different sectors of society, civil groups and also from politics and the city's institutions, El Nacional has compiled a guide with all the details about the organisers, participants, itinerary, route and travel details in order to participate.

Where and when do I have to go?

The demonstration will start in the Jardinets de Gràcia​, right at the crossroads between the avenue of Diagonal and Passeig de Gràcia, at 6pm this Saturday 26th August. The rally will continue along Passeig de Gràcia until reaching the Plaça de Catalunya, where there will be a final speech. Although the route begins at the height of Diagonal, the head of the demonstration with be located in Gran Via. The total route will be about 1.5 kilometres.

The stage where the demonstration will finish will be in the Plaça de Catalunya, precisely in front of the Hard Rock Café. It will be where participants of the rally will be able to listen to a brief unitary manifesto that will be delivered by a group of people still to be confirmed. Music will accompany this homage to the victims. Contrary to what was foreseen, there will not be institutional decarations from the authorities.

Who is organising it?

The City Council of Barcelona and the Government of Catalonia are responsible for organising the event. Both institutions have together planned the rally, a fact that demonstrates the institutional unity against the terrorism. In fact, the president of the Generalitat, Carles Puigdemont, and the mayor of Barcelona, Ada Colau, announced the demonstration last Saturday during a joint ceremony in the Hall of 'Consell de Cent'.

Who is heading the rally?

The institutional representatives of the Catalan government, Spain's executive and other institutional figures will not be those leading the rally. On the contrary, the first rows will be people from civil groups and society: personnel from the emergency services that assisted the victims and those injured in the attacks in Catalonia. The entities and organisations that, in one way or another, work against xenophobia and racism, and in favour of integration, will also play a key role. 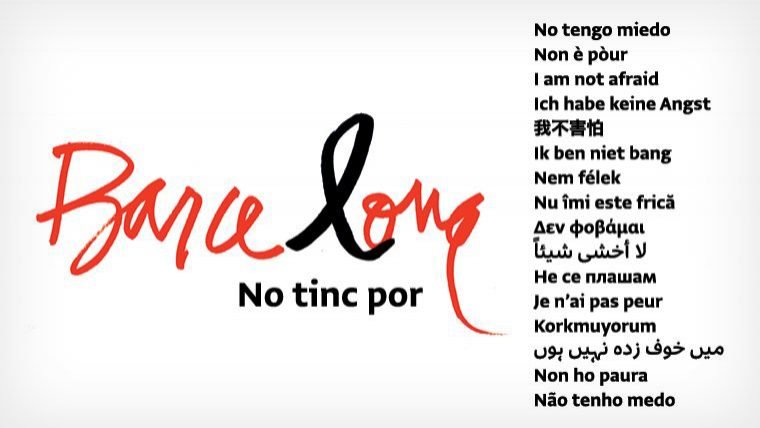 The Mossos d'Esquadra (Catalan police force), emergency services and other groups involved in helping after the attacks will hold a large banner with the slogan of the rally, "I am not afraid", that has been designed by Frederic Amat with the letters of Barcelona in red except the 'L', which has become a black ribbon.

What is the rally claiming for?

The demonstration is claiming for unity against terrorism and in favour of peace. Under the slogan of "I am not afraid", it is intended to reject the attacks of 17th August in Barcelona and Cambrils. The final concentration in the Plaça de Catalunya aims to be an appeal for the freedoms, peace, love and solidarity against the fear that terrorism generates. A special homage will be paid to the victims and those injured in the attacks.

How do I get there?

There are several alternate routes to get to Passeig de Gracia and the Plaça de Catalunya using public transport and thus avoid possible traffic congestion on the roads: Metro, FGC, Alrededores and Tram.

The Metro, the fastest access route for Barcelona, will have 40% more carriages between 1pm and 10pm. Lines 1, 2, 3, 4 and 5 of the Metro have a stop nearby to the event. TMB has asked to avoid the following stations from 5pm to avoid possible congestions: Diagonal (L3, L5), Passeig de Gracia (L2, L3, L4), Catalunya (L1, L3), Universitat (L1, L2) and Urquinaona (L1, L4). The Tram will also increase its capacity with longer trains.

FGC is the best option for those who come from the Vallès Occidental. Those participating in the rally have two options: they can get off at Provença or also the Plaça de Catalunya. FGC has announced an increase in the frequency of the trains to facilitate arrival to the demonstration.

At the same time, Rodalies plan to offer 30,000 seats per hour during the afternoon. Renfe has designed a special system for the services of regional trains, with 50 additional trains between 2pm and 5pm and between 7pm and 8pm. This alternative of Rodalies is the most recommended for people coming from Garraf, the Penedès, the Baix Llobregat, the Vallès Oriental and the Maresme. People can get off at the stations of Passeig de Gràcia (R2) and Catalunya (R1, R3, R4). 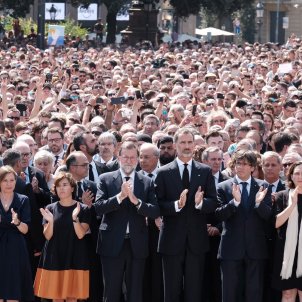 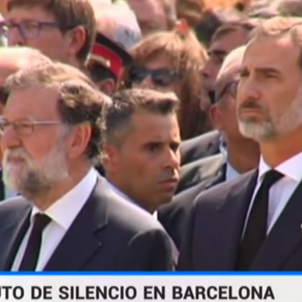 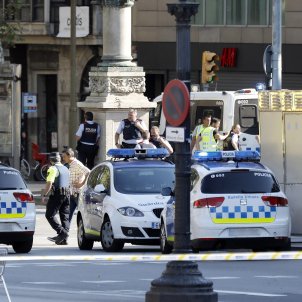 Editorial They will not José Antich