Residents of Barcelona's seafront neighbourhoods Barceloneta and Vila Olímpica are expressing dismay at Ada Colau's city council because they believe that "it has given up the battle over the privatization of Barcelona's seafront, which will harm all Barcelona citizens". The international owners of the luxury waterfront-located Hotel Arts, paid 76 million euros to acquire 23 out of 26 properties and premises, until now state-owned, that were sold off by auction, as announced yesterday. The sale of these establishments has come after three decades of the city council being the sole concession holder.

The operation includes the premises of some of the best-known businesses in the section of Barcelona beachfront that was redeveloped as a glamour strip for the '92 Olympic Games. The high-rise Hotel Arts itself towers over the zone, and the hotel owners' new premises include the Barcelona Casino, the nightclubs Pacha and Catwalk, Moncho's restaurants and the Tous store, as well as car parking and a petrol station. The new owner, Hotel Villa Olímpica SA, is a company made up of investment fund ABP Investments, the Government of Singapore Investment Corporation (GIC) and Host Hotels & Resorts.

The municipal government of Ada Colau had drawn up an urban plan for the coming years foreseeing a transformation of the maritime area based on the needs of the residents, who are now disappointed with the collapse of the negotiation. "We are very dismayed with the city council. We have been asking for many years for the waterfront to be revived to allow projects focused on the community," laments Manuel Martínez, president of the Barceloneta residents association, a day after the sale. 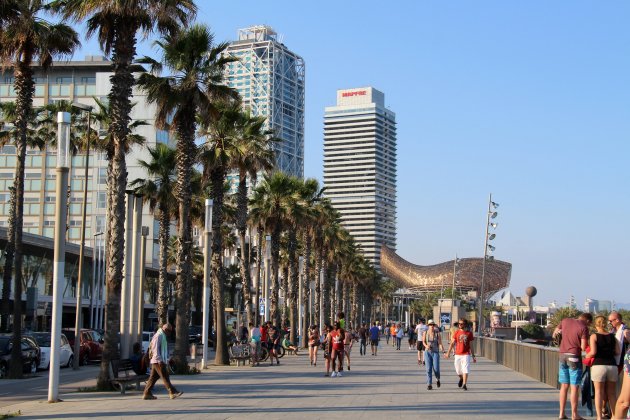 Barcelona's Passeig Marítim, overlooked by the Hotel Arts and the Mapfre Tower (right).

According to Martínez, it was essential for residents to be able to move forward with a set of projects that would move away from the most problematic nightlife in the neighborhood. "In recent years we have experienced the decline of the area with fights, drugs, noise, antisocial behaviour, vandalism, etc. The plan that was to be developed was intended to end this, but now it will be impossible," said the neighbourhood leader. The plan included the expansion of the space used by the CSIC scientific research centre, the adjoining Hospital del Mar, schools and sports centres, among other aspects.

"We believe that the city council was obliged to retain ownership of the waterfront zone because the area was built with the money of all the citizens. We were told last year that there was an agreement with the Spanish government to keep the territory, but it was a lie", says Jordi Giró, president of the Vila Olímpica residents association. "No-one has stood up and tackled this - not mayor Ada Colau, not councillor Jaume Collboni, and not planning head Janet Sanz. We are now seeing lawyers to see if we can reverse the operation via legal means," Giró added. 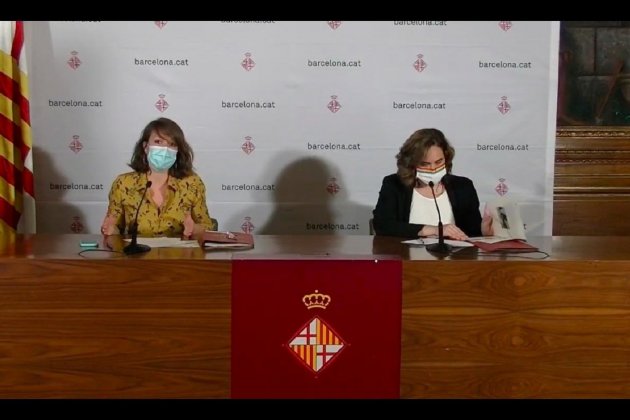 The current tenants of the premises that have been sold are also expected to challenge the auction as they claim the sale was filled with irregularities. In addition, these tenants have preferential right to purchase, although it is unlikely that there will be any changes in ownership because most do not have liquidity for the operation in the current crisis.

As well, the main opposition groups on the city council say that there was room to negotiate and secure the acquisition of this area so that the Spanish state, owner of the waterfront properties, would not simply sell it off to "a speculative fund". ERC, the largest opposition party, complains that the council "has given up, so that this territory is now lost forever."

Spokesperson for the JxCat party, Jordi Martí, complained that the Barcelona council "has not recognized its errors" after its "negotiating failure" in the operation, which is a "political failure for the executive itself and for all Barcelona citizens", and he said that "a resignation" should not be ruled out "due to the gravity of the situation."