Fed up with what they see as lawlessness in Barcelona, city residents from different backgrounds, among them taxi driver union leader Tito Álvarez, have decided to set up Salvalona, a pressure group aiming to make politicians take urgent action against this problem.

"There is a huge problem in the city and it is the lack of law and order. We are tired of so many robberies, thefts, assaults, rapes and deaths, and we want to fight to change things," explained Álvarez, one of the founders of the platform. 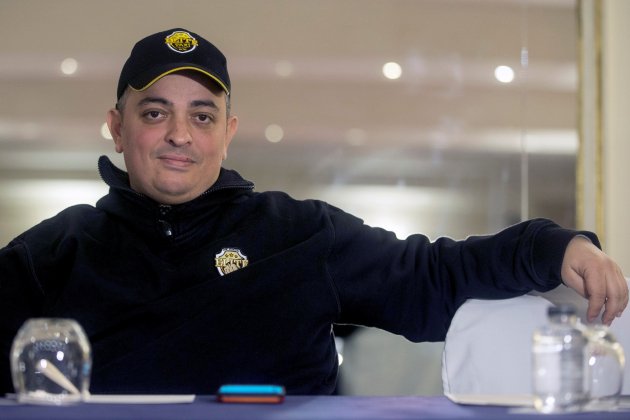 Tito Álvarez, a founder of Salvalona and spokesperson for the Elite Taxi association. Photo: EFE

Also involved in the project alongside Tito are the members of Residents Organization Against Robbery (ROAR), a residents' group which for years has been voluntarily "patrolling" the Barcelona metro to warn transport users about the presence of pickpockets, and security company employees, who denounce the law and order problems in the city, especially at night.

Salvalona has been created as a transversal and apolitical movement of people from different professions, nationalities and ideologies, with a common goal: "To get politicians to sit down, put aside their flags and solve an issue that affects us. all, that of law and order."

In recent days, Barcelona retailers and hotel owners have also raised their voices to demand that the city council takes "urgent and forceful" measures in the face of the "lawlessness incidents" that have recently occurred in the capital. They refer to the death of Hyewol Kim, a representative of the South Korean government after suffering an attempted robbery last Monday, and also, among other events, the robbery last weekend of thousands of euros from the Qatar royal family, staying in a luxury hotel on Passeig de Gràcia.

For those who have set up Salvalona, ​​these incidents are just the tip of the iceberg of a serious problem that the city has seen grow larger over recent years, and which, they argue, the authorities have failed to take any action against.

"We want to prevent the name of Barcelona from being tarnished and to remind politicians they are working for the public," says Charlie, who for two months has been part of the ROAR group of about 40 people who patrol the Barcelona metro system, using whistles to alert members of the public to the pickpockets that are at work in the underground system, whose victims are chiefly tourists.

The promoter of the ROAR initiative is Eliana Guerrero, of Colombian origin, who for twelve years has been spending time in the passageways, stations and wagons of the Barcelona metro letting fellow travellers know about the presence of pickpockets, many of whom have a long history of similar offences. She says that they act with impunity, knowing that, if they are detained by police, they will be released immediately, since their offences are classed as misdemeanours.

"The metro security guards themselves tell us that they have their hands tied in terms of how they can respond; depending on how they attempt to stop offenders, they can even be accused of kidnapping," explains Eliana, whose mobile phone contains videos of dozens of actions she and her colleagues have carried out against the metro thieves.

Beer sellers and drug dealers on the beaches

The situation in Barcelona at night is even more complicated, says Marc Antón, manager of the company Premier Services, responsible for security in some of the city's beach bars. Antón says that street sellers offering cold drinks, drugs, and general goods "operate comfortably" in the tourist areas, and because of this, he calls for the presence of more police as well as a change to the private security laws so that private security guards are recognised as agents of authority and are given more powers.

The promoters of 'Salvalona' say that this initiative is only the "seed" of a movement that aims to mobilize other collectives in the city, such as residents' associations, retailers groups and concert organizers, in order to build a movement strong enough to force the administrations to act in the face of the current levels of crime which they describe as "brutal".