ANC's new plan for Catalan independence after the trial 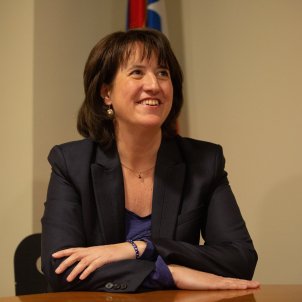 Pro-independence civil society body ANC (Catalan National Assembly) will hold its annual meeting at the Tarraco Arena in Tarragona this Sunday. The event will include live connections with Carles Puigdemont and his minister Toni Comín and Clara Ponsatí in Waterloo and it will be attended by Quim Torra. Today, we have learnt details of the body's proposed "Road Map", to be voted on by members this weekend.

The ANC sees it as plausible that the Catalan president could call a Parliament election after this May's European and local elections and after the sentencing in the Catalan independence trial. The plan says that if pro-independence parties get more than 50% of the vote in that election, the independence of Catalonia should be declared unilaterally, either by the Parliament or the Assembly of Elected Officials.

This unilateral declaration of independence, they say, should be accompanied by symbolic gestures like removing the Spanish flag from the Catalan government palace, releasing the pro-independence prisoners if they have been returned to Catalan prisoners and requesting international recognition for the new republic. 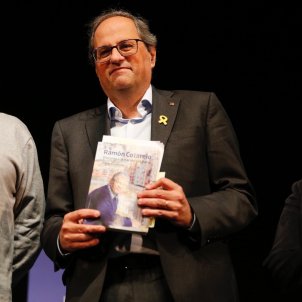 Spanish general election Torra calls PSOE back to talks, demanding "courage to return to where we left off" Marina Fernández