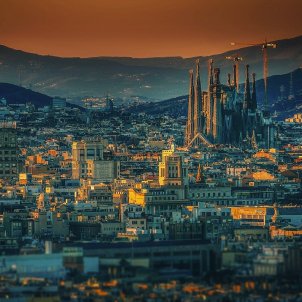 Maybe it's been a long day of sightseeing or of working and you need a relaxing evening, or maybe you've been lying on the beach all day and are looking for somewhere to round the day off. If you're looking for a place to eat or have a drink in Barcelona, don't think you've just got options at street level: cast your eyes skywards too. Around the city are a number of rooftops and terraces open to the public offering spectacular views of the city. Perfect for a romantic date night or for hanging out with friends somewhere different to normal.

Most of the five terraces we've picked have bars and/or restaurants - have a look through and choose the one that best fits your budget and your palate. It's a good idea to plan ahead, as many of these locations require booking in advance, especially if you hope to eat there. Most of the hotels have pools on their terraces, but they're only open to guests staying with them; some also occasionally organise events, particularly live music.

Via Laietana is already popular with tourists, running as it does from the centre and plaça Urquinaona down in the direction of Barceloneta and the beach. Not many, however, see it as a destination by itself. Perhaps they should though, with options like Skybar on the roof of Grand Hotel Central, where you can have dinner or a cocktail. The terrace is open to those not staying at the hotel from 8pm every evening from April to October.

Just along the road, we find the hotel Ohla Barcelona with its different restaurants and bars, including Caelis by Michelin-starred chef Romain Fornell. The rooftop is open daily from 12pm to 1am.

Even better known to tourists than Via Laietana is the Rambla. Surprisingly, given the thronging crowds at ground level, even there you can find the odd oasis of calm, like the Hotel H1898's terrace La Isabela, named for "one of the most beautiful islands of the Philippines". Open from midday to midnight, offering tapas and cocktails.

The restaurant Mirabé is a little further from the centre, but it makes up for the journey by being on a hill, offering views of the city sprawled out at your feet. It's open 1pm to 4:30pm and 7:30pm to 12am every day, except Friday and Saturday when it stays open until 2am.

Heading back towards the centre, we find the hotel Condes de Barcelona, with its eighth-floor terrace Alaire. Open every day 12pm to 2am, it's on passeig de Gràcia just up from Gaudí's Casa Batlló.

Map of the best Barcelona rooftops 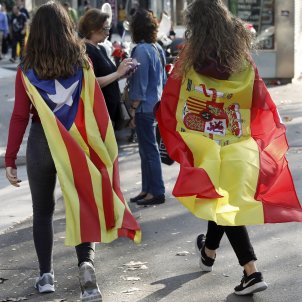 The Catalonia Guide Why are there so many different flags around Catalonia? Rob King 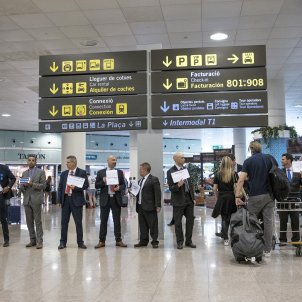