To this Spain that marches against Catalonia

The images of Civil Guard agents leaving different barracks in Spanish provincial capitals (this Monday in Córdoba, Huelva and Cádiz) to travel to Catalonia to prevent the 1st October referendum are hair-raising and should cause deep worry "beyond the river Ebro", as the phrase goes, beyond Catalonia. In these last few hours we've been able to see hundred of agents of the Civil Guard and of Spain's National Police Corps waved off by their commanders and crowds, like soldiers in times past going off to war, with no one sure whether they would come back again. What does it matter that in Catalonia there's no tumultuous conflict that forces them to come. And that there's no need for more police, as the Catalan Mossos d'Esquadra are enough, more than enough to guarantee the security of Catalonia. So much so that, this August, they faced up to the most serious terrorist attack Spain has suffered since 2004 and in 72 hours dismantled the 12-person terrorist network. And they did so despite the blackout they were submitted to by Spain's Interior Ministry and about which in the future we'll learn details that are today very difficult to explain, and harder to justify, like everything surrounding the Ripoll imam.

The story is already in place and they believe they're coming to bring order because that's what they've read, they've heard on the radio and they've seen on the television. It's what they've had explained to them, in many cases, by their superiors. As Catalan vice-president Oriol Junqueras is repeating these days, it's the high command of the state's security forces and not the agents that are provoking a situation, in practice, close to a state of emergency. And those that force them to repress, who knows whether against their will, a democratic process that wants to maintain better relations with Spain once the vote this Sunday has taken place.

But these images of the agents (waved off by a crowd shouting "go get them, go get them" in reference to the Catalans who want to vote!) are also a thermometer of the low passions, but nonetheless faithful, of the reaction the Spanish government has activated in the whole country to try to crush the civil uproar taking place in Catalonia. The scale of the irresponsibility of the Spanish police is starting to emerge with their political, legal and police repression beyond all logic. The decision to mobilise up to 9000 agents, in the greatest deployment ever seen (not even when Spain had a serious terrorism problem with ETA was a similar measure adopted) means, in practice, wanting to repress by force a part of Catalan society that doesn't think like them. A part which has been shown at the ballot box to be the majority. Does anyone believe that with all this police deployment and with the legal measures put into action the situation will enter onto a normal path? It doesn't seem like it will. On the contrary, the disagreement between Catalonia and Spain will be irreconcilable and will have effects infinitely more devastating than the tables the PP (Popular Party) used to collect signatures against the 2006 reform to the Catalan Statute of Autonomy. That was the seed of what is being debated today in Catalonia.

And, like on that occasion, an important portion of Catalan society feels itself questioned in the face of the attack on its dignity. Now it's not only independence supporters who want to vote on 1st October. And it's enough to quote a newspaper as hostile to the independence movement as El País, which last Sunday published a survey saying that 82% of Catalans considered a referendum under terms negotiated with Madrid to be the solution. This was the opinion of 75% of PSC (Socialist Party of Catalonia) voters, 57% of Ciudadanos (Citizens) voters and 49% of PP voters. That was the Catalan government's proposal and what four out of every five Catalans wanted. In the face of this democratic request, the repressive police response from Spain is not only disappointing, but also threatens to involve Spain in a trauma which it will be very difficult to recover from. 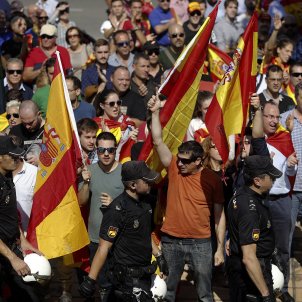 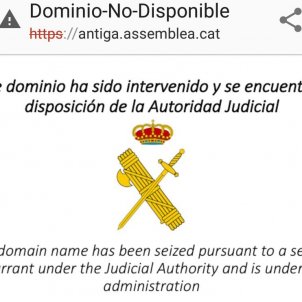 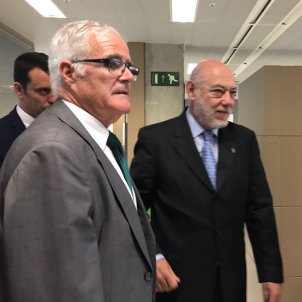 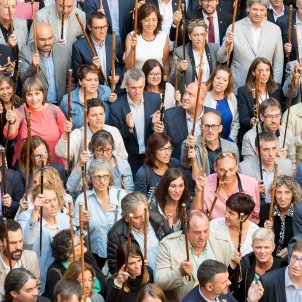