Soraya Sáenz de Santamaría is leaving politics. It is said that she leaves her role without much love lost among her supporters, although on the other hand, she didn't really know very well who these supporters were. Convinced, as she is, that they were been sufficiently grateful for the fact that during her years in power she didn't rely on them. The ideologist of the use of article 155 and the violent police repression on October 1st, the deputy prime minister in the Rajoy government who set up an army of lawyers and judges to overthrow the independence movement at the price of even making false accusations, the all-powerful boss lady of the Moncloa government palace during the "no to everything" phase of the PP government, the promotor of the dirty war against the independence process, has left politics just as the celebrations of the Diada, the Catalan national day, are getting underway. There could be no better date for the farewell to public life from someone who only ever used politics to persecute adversaries, denigrate the media and get rid of anyone who did not swear allegiance to her. This is her special way of giving the Diada a little extra cheer for all Catalans.

It is a curious eventuality that the person who exercised more control than anybody before her over the editorials and information of the written press in Madrid and Barcelona should now become something of a political orphan. Power is ruthless, but so is the indulgence of the traditional media: the legions of flatterers writing columns in the opening pages of those media have disappeared. That no-confidence motion won by Pedro Sanchez, that refusal by Mariano Rajoy to step aside so that she could become new Spanish prime minister, those silences from Rajoy on the question of his number two ascending to the prime ministership, and from the PP, that "everyone against Soraya" campaign to get new leader Pablo Casado airborne. Always sailing into the wind since she lost power. Now, there is no one who writes of her, even in her valedictory moment. Maybe some anecdote about past time spent together, but very little else.

Those in exile, in prison, those under investigation and persecuted are to be congratulated. They have won and Soraya has lost. The former have the recognition and gratitude of an authentic multitude of Catalans; the latter, returns to her home or goes off to make money to the great indifference of her former supporters. It is true that many Catalan independence leaders are now in jail or are living abroad unjustly, far from their families. But hundreds of thousands of people have once again filled Barcelona this Tuesday, just like every September 11th for the last six years, to show the world that neither a Soraya, nor many Sorayas, could bend the will of the people of Catalonia who decided to go it alone after the 2010 ruling against the Statute, who were adult enough to say enough is enough in 2012, and since then, have never stopped taking steps to turn their true desire into reality. 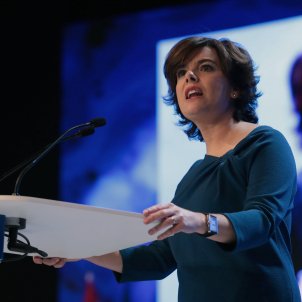 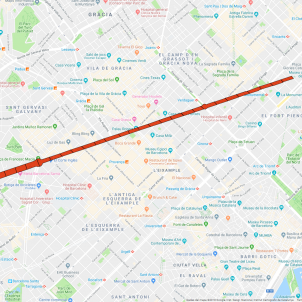