Is it the same justice?

I should be able to explain in terms of the law how it is possible that Fèlix Millet, having received a 9 year sentence, has left prison just 25 days after he entered, and, on the other hand, the Jordis, Junqueras and Forn - the four Catalan independence leaders - are still preventatively incarcerated in two Madrid jails, deprived of their liberty and other basic rights. I should be able to, but I can't. I can find no explanation to give. Millet, like his collaborator Jordi Montull, is not just any old self-confessed thief: his situation when he was arrested generated major social alarm. It is true that, judicially speaking, the case got lost in labyrinthine legal processes after that month of July 2009 when the Catalan Mossos police walked into the Palau de la Música, the musical coliseum of the Barcelona bourgeoisie. That was almost nine years ago, and that is enough time for that arrogant 73-year-old defrauder, who has had access to all the offices of the powerful, either as a result of things he knew, or as a consequence of his tenacity given that he is now 82 and apparently in poor health.

Is the justice that allows Millet to walk out of jail the same justice that keeps the four Catalan political prisoners in prison unfairly? It is the same. And is the justice that allows Millet to go free the same justice that leaks to the media that the new proposed candidate for Catalan president, Jordi Sànchez, will not be able to attend the parliamentary session for his investiture if he is finally named by the speaker of Parliament and nor will he be able to be a candidate anyway, because he will be declared ineligible in advance? It is the same justice system. In the last day, the Spanish establishment has issued unambiguous messages about this and the Spanish media has sounded the alarm. A hypothetical designation of Jordi Sànchez as president of Catalonia after the required vote in the Catalan Parliament will not end up on the desk of Spain's head of state for him to sign and publish in the state gazette. This will not happen, they pronounce.

And the most regrettable aspect is that while Madrid has a clear strategy that it trundles out every time it is necessary via the declarations and actions of politicians, police and public prosecutors without taking much more into account than the so-called weight of the law, the pro-independence parties carry on engaging in small-minded, short-term battles. To such an extent, that if they do not watch out they will not only not reach the heights but will crash back to earth. It's long since time that they should have stopped replicating their battles, and started giving better explanations of the agreements the reach. That's the reason they have received a clear mandate from the public, not so they can offer a different show every day.

Editorial Nor was there misuse of public funds José Antich 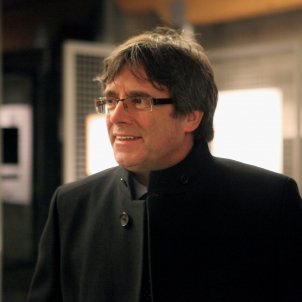 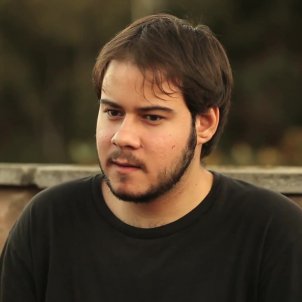