The better surveys are going for Albert Rivera, the more heated the rhetoric against the Catalan independence movement. Spain doesn't seem to have enough with the repressive politics of the Spanish government and PSOE and has turned itself over to the belligerent rhetoric of Ciudadanos' leader. Rivera can say one that he would never pardon Oriol Junqueras, laugh at Marta Rovira when she sets out on the path into exile, saying "let the last coup plotter turn out the light", and land in Buenos Aires and, asked about Elsa Artadi, declare, undaunted, that we'll see if the Junts per Catalunya deputy ends up involved in a legal process or not. That's how Rivera understands politics: you have to be the sheriff in the Wild West Spanish politics has become.

The party which emerged in Catalonia to bring to an end the prevailing linguistic coexistence and the consensus of parties, managers, unions, the education community and civil society has managed to square the circle: aspire to all the pro-union vote in Catalonia and disrupt PP and PSOE in Spain. Rivera has brought the political fight onto his territory, that of rows and disqualifications. And PP and PSOE members have gullibly taken the bait: both Mariano Rajoy and Pedro Sánchez. Neither has any flag to defend, just a string of salaries around Spain. For that reason Ciudadanos' leader Rivera stands out comfortably and his dangerous rhetoric finds no response from either of the two parties that have dominated in Spain's two-party system.

Rivera isn't going to act as arbitrator nor bridging politician. With the Moncloa government palace within reach, it's enough for him to side with the Supreme Court and the newspaper El País in a false narrative of rebellion and misuse of public funds. And to hit the Spanish government right in the stomach when it tries to distance itself from the non-existent misuse of funds with the cry of Rajoy, traitor, Montoro, traitor. That's his fight and his only springboard to become prime minister. As such, he looks the other way over the verdict of the Navarre Provincial Audience court in the Manada case and the media act as if they haven't realised. Rivera respects the Manada sentence but points the finger at teachers in Sant Andreu de la Barca who the prosecution service is investigating for alleged hate crimes1 and calls the Spanish government cowardly for not opening an investigation. And, the administrative Madrid, the machinery of the state, cheers him. Next to him, Rajoy and Sánchez are in another division dialectically-speaking.

That's why it's so easy for him to give warnings to Artadi. He thinks he's the law.

Translator's note: 1. The teachers in question, whose photos Rivera shared on Twitter in a post criticising the nine, are accused of having unfairly treated children of Civil Guard agents following last year's Catalan independence referendum. The small town near Barcelona is the location of the Civil Guard's headquarters in Catalonia.

Editorial A 2nd May in Madrid José Antich 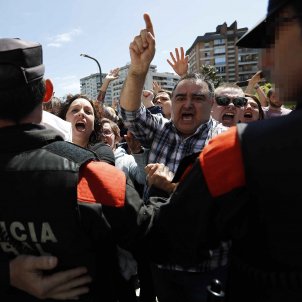 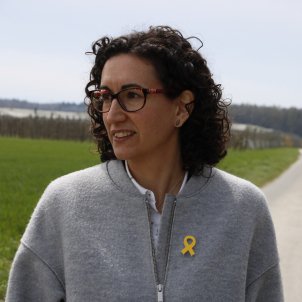