Of the many ways that it is possible to take your leave from a political party, it is evident that Carolina Punset, MEP for Ciudadanos (Cs), former candidate for the presidency of the Valencian Country and part of the hard core around leader Albert Rivera for some time, has chosen the option of going out with all guns blazing. In her farewell letter, she sets down two sentences about Ciudadanos that are more than revealing: "They spy on you like the KGB" and "I am leaving the party because of its sexist and ultraliberal drift".

Carolina Punset, daughter of communicator and ex-politician Eduard Punset, has in just a few paragraphs stripped bare the party of Albert Rivera and Inés Arrimadas, calling it exclusionary and ultra-radical, with a perspective on Catalonia of 'the worse things get, the better for our electoral chances'. So, someone is daring to say from within the Cs organisation - even if it is just at the moment of leaving it - that Ciudadanos have clearly moved to the extreme right and are agitating the conflict with Catalonia out of sheer electoral interest.

The fact that the party, irritated, then responded hours later with proceedings for her expulsion, alleging that Punset had held talks with Catalan president Puigdemont at his residence in Waterloo, reveals that there are a lot more people passing through the House of the Republic than the public hears about, and also that Cs cannot tolerate even a mere exchange with politicians who are not part of the unionist block. For a long time now, Cs have had the maintenance of a solid unionist front as their political strategy, extremist positions as their ideological doctrine, the purge as an element of cohesion and Catalonia as their only political discourse.

Rivera and Arrimadas were caught in exactly this posture by the victory of Pedro Sánchez's motion of no-confidence. Ciudadanos has even started to become a problem for the Ibex 35 community - Spain's big businesses. And also for the Cs candidate to the Barcelona mayoralty, Manuel Valls, who has eliminated all symbols connected to Ciudadanos from his pre-campaign. The wilting of the party's orange flower and the departure of leaders are not usually synonymous with the best of images. 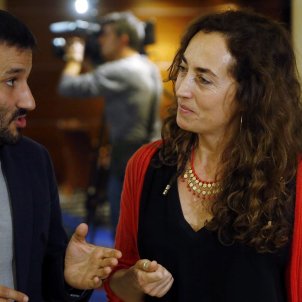 European Parliament MEP for Spain's Ciudadanos breaks with the party: "They spy on you like the KGB" El Nacional 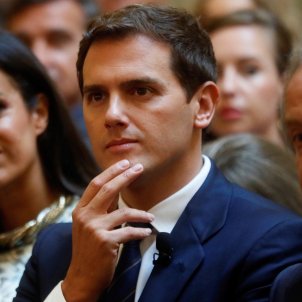 Editorial The 'no' that Junqueras gave to Iglesias José Antich