More reasons than ever

Since the beginning of summer, we have been having the same debate we have almost every year: will the Catalan independence movement once again be able to offer a unique, exceptional image to the world on the occasion of September 11th, Catalonia's national day or Diada? Once again, by calling for the independence of Catalonia, in the most festive of moods, and showing the mass strength that has made the movement unstoppable, and which has not lost its vitality? Or, on the other hand, will this year's Diada event misfire and allow the internal political division observed in recent months to be transformed into a certain apathy of ordinary Catalans on the street?

With less than 48 hours to go, from all corner of the country there are positive vibrations arriving, allowing us to venture that, for the seventh time since 2012, nothing seems impossible and Barcelona's Avinguda Diagonal could witness an exceptional public turnout. The Catalan response, a peaceful one, from the four cardinal points of a society that long ago declared that it would not let itself be humiliated.

In reply to the usual sad pessimists and those who need to see a reversal of fortune in order to prove themselves right, I have always thought that the mainstream of the independence movement, the part which makes it genuinely transversal, not aligned with parties, would respond as it has always done, going beyond any fracture that may exist. For one basic reason: there are more reasons to get out on the street than in any other year. Staying at home is not a good response if what is intended is to express one's discontent with the tactical approach of one group or another. For that, there are many other days.

On September 11th, for many years, the question that counts has been the same: does independence have a lot of support? And this figure can't be presented as a gift to the parties of article 155, those who sent the last Catalan government into exile and into jail, those who suppressed Catalonia's self-government, those who brought about excessive, incomprehensible violence on October 1st, those who have allowed the extreme right to act with impunity in recent months, those who have made legislative improvisations in order to hinder the implementation of what Catalans voted for in the election on December 21st. In short, every independence supporter who stays at home acts as a boomerang for the cause they says they are defending.

Many people who had their doubts a few weeks ago seem to have cleared up where they stand. Madrid is hoping to hear that the Catalan independence balloon has deflated. Only a massive response will help to show them the error in their expectations. And it will also help those who are facing a trial that can already be expected to be unjust. 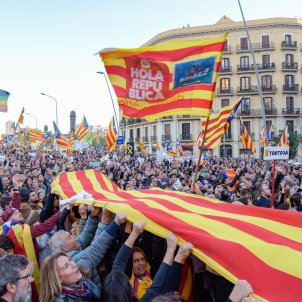 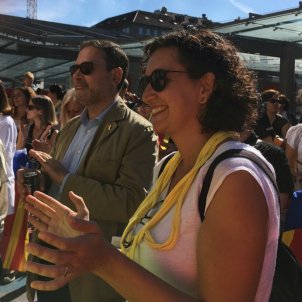