The dirt always comes to the surface

The publication of new information on the link between the imam of Ripoll, Abdelbaki es Satty, and the Spanish intelligence CNI, at the time of the jihadist attacks in Barcelona and Cambrils, in August of 2017, reopens, hopefully once and for all, the most reserved and protected file of the Spanish State and its intelligence services. What did the CNI know about the indiscriminate attack that killed 13 people in mid summer 2017, two months before the 1st October independence referendum? The reluctance of PP, PSOE and Ciudadanos to open an inquiry in the Spanish Congress is now seen, in view of the new data, as a simple maneuver to prevent the truth from being known. And this is extremely serious. It is not a question of those responsible for security services appearing in parliament. This is a bygone phase. With the new revelations, it is imperative to get to the bottom of the matter and find out exactly what the link was between Ripoll's imam, brain of the attack, and the Spanish security forces. Until this file of mourning is closed with the highest possible level of transparency, it is logical that no possibility is ruled out however reckless, strange, and however murky it may seem.

Coincidentally, the news of Es Satty's connection to the CNI until the end of his life has coincided with the publication of two bizarre news linked to president Carles Puigdemont in Abc and El Mundo. In the first newspaper, there is speculation that the president in exile will establish his residence in Thailand to eventually avoid a new European arrest order and his hypothetical hand over to Belgian justice. It is a news devoid of the slightest veracity but that is surely what matters least to the newspaper. El Mundo's news are also significant as it is claimed that he was dinning at the house of ETA member Natividad Jáuregui in Ghent, on Tuesday. To the publication of that last news, Puigdemont responded "one has to be miserable to invent such a thing". These last two reports have impacted the Spanish media just on the day that revelations about Ripoll's imam appeared. Chance usually has little to do with information issues and the sought-after distraction exercise seems an obvious response to the seriousness of the association between Es Satty and the CNI until Barcelona and Cambrils attacks.

In 2016, a few days before the Catalan National Day -the 11th September Diada- , the then Spanish foreign affairs minister, José Manuel García-Margallo, speaking in San Sebastián, said some words that became great headlines and that have chased him in interviews ever since. Margallo: "A crisis can end, a terrorist attack can be overcome, but Spain’s dissolution is irreversible”. The minister said this at a time when he was summoning a weekly Friday ministerial cell to address what he called 'the secessionist challenge'. Now we know that the Spanish Government ignored many red lines and we know incredible details of the different ramifications of the Operation Catalunya to end the independence movement. How much do we need to know about those attacks? Can we get to know the truth? 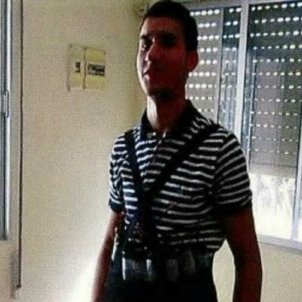