The big lie, or the fabrication of a falsehood

The dismissal by a Catalan court of the last three accusations which were still open against teachers at the IES El Palau secondary school in the town of Sant Andreu de la Barca, alleging that they showed contempt for students who were the children of Civil Guards after the referendum on October 1st 2017, brings to an end a case consisting exclusively of ideological persecution of the teachers of this centre. The subject thus closes at judicial level but does not, by a long chalk, redress the great harm done to the teachers affected, to the school that has been vilified, the educational model of Catalonia and, ultimately, the damage done to social harmony, whether desired or not, by those who do most to fuel division, tension and hatred.

For almost two years, a group of educational professionals who were only doing their jobs were held in limbo, with a court case hanging over them in which they were under investigation for hate crimes, breaches of ethical standards. These three last allegations that have now been dismissed were part of a case that affected nine teachers, who for all this time have lived with the threat that they might be found guilty. The whole thing was a huge abomination amplified in shameful and nauseous fashion by Spanish unionist politicians and the Spanish media. On April 29th, 2018, Madrid newspaper El Mundo published an extensive report entitled "The notorious nine Catalan teachers." Ciudadanos (Cs) leader Albert Rivera applauded the story, retweeting it along with the photos of the teachers in a message that was far from innocent: "The separatist teachers who publicly pointed out the children of Civil Guards in Catalonia." There was also another message - in fact, there were many more - in which he wrote: "I hope that the justice system acts against the separatist persecution of the families of public servants in Catalonia. If we want to maintain democratic dignity, we cannot allow teachers to bully children and sow hatred in the classrooms."

These statements by the Ciudadanos party at a time when the image of Mariano Rajoy as Spanish prime minister was at rock bottom, when Sánchez was almost invisible in opposition and Rivera himself was the great political hope of the business and media elites, lit the fuse of persecution against one specific school and also against the entire Catalan school system. Without anyone batting an eyelid, actions were taken that destroyed families and hounded teachers in such a severe way that, at the end of the 2018 school year, eight of the nine educators accused over the charges had requested transfers to another school. A few months earlier, graffiti had appeared on the exterior walls of the school labelling the nine teachers accused by the prosecution as "Nazis" and "rats".

There was an exploitation of the case from powers outside it, getting several families involved, and it then acquired judicial strength with the intervention of the public prosecution service along with politicians and the media. Now, Ciudadanos are becoming much better known all over Spain and that halo of impunity has vanished, as has been seen in the recent scandal featuring Inés Arrimadas and other Cs leaders at the LGBT Pride rally in Madrid. People have gone as far as to call them a "party of hatred", when just a few months ago, Cs was winning applause for the mere fact of spreading lies and more lies about Catalonia. Some forward progress has thus been made. But what happened to the teachers at IES El Palau will never be forgotten. 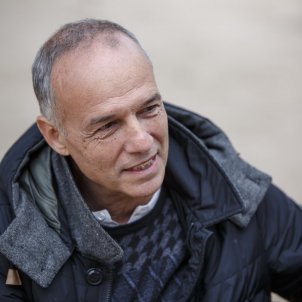 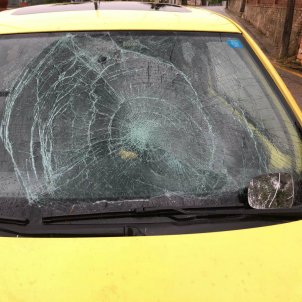