At the same time as Spain's King Felipe VI was giving his Christmas speech, which has already gained some notoriety for containing another warning to the Catalan independence movement and failing to offer any real rectification to his previous televised address on October 3rd, one of the stock phrases he used which frequently help to fill out this type of address started to take on a life of its own:  "I am grateful to you that on this night of reunions of families and loved ones...". Instantly, social media began to fill up with images of family dining rooms showing empty chairs bearing yellow ribbons and a range of other symbols, intended to act as a reminder that in many Catalan homes this is not a normal Christmas.

Christmas is indeed a time when families come together, both those who are always very close and those that have not seen one another all year. These days are a special period when those who are absent end up being more important than those who are present. To sit around a Christmas table is the normal thing to do. Former judge Elpidio José Silva has said that to denounce the injustice that has occurred it is not necessary to argue strongly for the innocence of the Jordis, Junqueras and Quim Forn. It was much simpler than that, he said, given that in Spain, those charged are in prison, and in Belgium they would enjoy freedom. It is shocking but simply true: for that reason, Spain withdrew the European arrest warrant it had lodged for the acting Catalan president, Carles Puigdemont, and the other four members of his government who are with him.

Nobody will give back the Jordis, Junqueras and Forn, their lost Christmas of 2017, away from their families and friends. They will not have those hugs, those smiles from their children, partners and parents. They will have to resign themselves with having only the stars in the firmament, which they can see from the Madrid prisons of Estremera and Alcalá Meco, as Oriol Junqueras has remarked. Scarce consolation for those who should not even have entered prison.

The independence movement won the Catalan election of 21st December under extreme conditions and demonstrated its strength and ability to resist at the ballot box. Moreover, it has done this with its leaders in exile or in prison, and while threats and warnings continue appearing which present new names to be added to the judicial summaries already in progress, of which we keep on receiving information regularly through the Madrid media.  And in the meantime, every Monday, even on Christmas Day, there are demonstrations in the central squares of cities and villages of Catalonia calling for freedom for the Jordis, Junqueras and Forn.

This is the Catalonia that remembers, the one that throughout history has never ceased to represent the central nerve that animates the country. 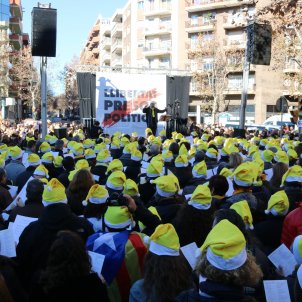 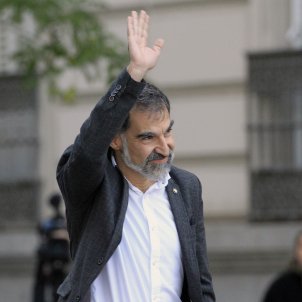 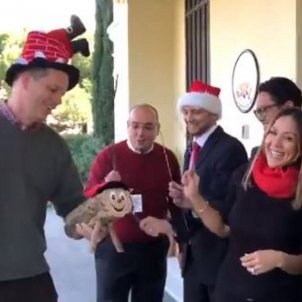