In recent days, the government of Catalonia has taken two decisions that are, at the very least, questionable: the lockdown, or to be more precise, the perimeter closure of the Segrià county, which has the city of Lleida as its main urban centre, and the obligation to wear a mask which is already in force in any outdoor space or private space open to the public, regardless of whether or not safety distances can be maintained. I stress: in no case are we questioning the use of the mask here, but it's impossible to understand that it is required now even when safety distances are maintained. That is the real controversy which underlies this surprising decision.

Both are such extreme measures that it is clear they have significant public impact. But they also offer very debatable possibilities of obtaining results that will ensure the reduction of the virus, while propagating exaggerated alarm about the real situation in Catalonia and having a negative impact on the international image of the country and on its economy. The little chance there is of a tourist season that could provide additional income in a particularly difficult year has been put at risk by decisions on which there is a lot of medical controversy - the new move has gone beyond WHO recommendations - and, I'm afraid, without sufficient consideration of such a basic rule as that of not implementing major decisions if you do not have a broad consensus beforehand.

The worst thing that can happen to a government is for it give the impression that actions it takes only ever have a limited impact and that what it is really trying to do is cover up its own mistakes. In March, the pandemic took all countries by surprise and in this situation everyone found a perfect excuse for everything from the lack of coordination that took place to the delay in taking action or buying health materials, most of which were defective and exorbitantly expensive. In the case of Spain, moreover, the centralization of decision-making, with the basic idea of ​​saving the unity of the Spanish state, negatively affected the citizens of Catalonia. I think today, months later, there is little to debate about that.

But now, it’s not March any more, and it's no longer the first time. The Catalan government knew the virus could spread, just as it knows schools will have to open and start the term in September. And an overall plan was required in the face of things that happen every year such as fruit picking and the arrival of seasonal workers in conditions that are far from optimal and safe. And the best favour that could have been done to this group was not to apply hasty band-aids but to have ready a reception system adapted to the circumstances of this year to prevent seasonal agricultural workers from being scattered across dozens of municipalities in Lleida in a provisional situation.

But back to the obligation to wear a mask, whether or not safety distances are maintained and lockdown rules are in force. The difference between one who governs and a scientist, doctor or economist, is that the former must make decisions by considering several variables, while the latter must make them by considering only one, and based on their knowledge and experience, and this - as must not be forgotten - is the reason why they have been consulted. Rising above the experts is often difficult and complicated and even means going against the flow at times. Against public opinion, too. But being dragged along by them, or rather, by some of them, can be politically incorrect as it means fear has taken hold of many of the decisions. But it still ends up being a mistake as it was not necessary to announce, to the sound of drums and cymbals, something that is impossible to accomplish.

Is no one able to measure the impact that the announcement of the confinement of 200,000 Catalans has on the international press, even when, as I said, what is happening is not exactly that? Can ours be the only government in the world that currently offers press conferences with masks on, without appreciating that this image negatively affects Catalonia and, in practice, is absolutely useless? 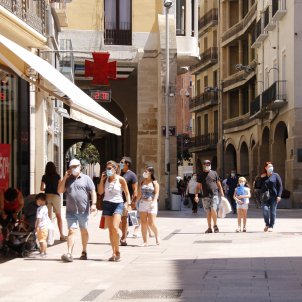 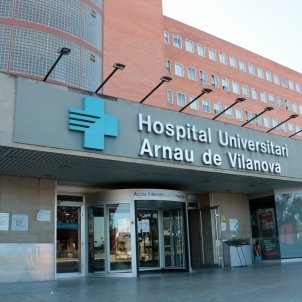 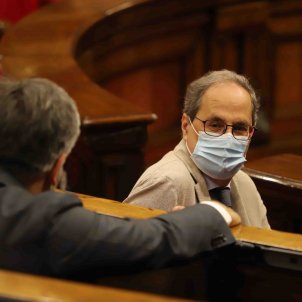 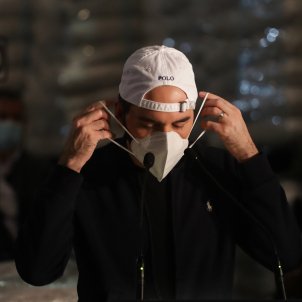 Coronavirus Spain's compulsory mask rules: what type of mask, and when is it needed? El Nacional