That the day the City of Barcelona Council approves to ask the Congress of Deputies for a commission of inquiry on the Barcelona and Cambrils terror attacks, the news is, instead, that Barcelona's mayor, Ada Colau, and up to six of the ten councillors in her group Barcelona En Comú, are absent from the municipal plenary due to already being on holidays, all provides a distorted and negative idea of what it is -or should be- public service. Obviously, they have the right to take holidays, just like any other citizen, but playing truant in a plenary session that was previously scheduled and right at the start of their break, is inexplicable and unjustifiable.

It would be like having the Congress speaker and most of the legislative chamber members in Madrid do the same upon a regulated plenary of the Cortes, or if the Catalan Parliament speaker, the Bureau and the deputies had a similar attitude and would stop attending because sessions are being held in August. Pursuing a career in politics is voluntary and, as such, no one is obliged to exercise it. I can even share that, unlike in other countries, it is not particularly well paid. But if politics has its satisfactory side for those who profess it, the obligations or sacrifices are on the back of the same coin. The paradox is that in the face of these absences, Joaquim Forn, a political prisoner in Lledoners prison awaiting sentencing, did not get the permission from the Supreme Court to attend [Joaquim Forn was Catalonia's interior minister at the time of 17th August 2017 terror attacks, and was elected Barcelona councillor as the head of JxCat municipal group in this year's 26th May elections].

The objective of the municipal plenary, the request for the creation of an investigative commission in the Spanish Congress, was passed by 16 votes in favor - “ERC, JxCat and Barcelona En Comú” and 15 against “PSC, Cs, Barcelona pel Canvi and PP -. And the newly formed municipal government team made up by En Comú and PSC is so, relegated to the archives. Of course by not attending: Colau saved the criticism of the two parties that promoted her to the mayor's office a few weeks ago, namely the Socialists and the group of Manuel Valls’ two councillors.

And one last question: why can't the attack in Barcelona and Cambrils have a commission of investigation as the ones similar attacks in Spain or in Europe had? Why has the initiate been vetoed twice in the Spanish Congress? Wouldn't it be a democratic responsibility to try to get to the bottom of what is still unknown today? 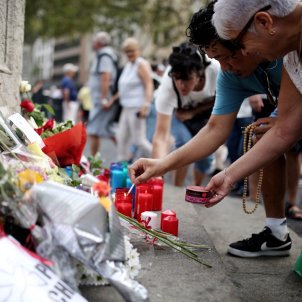 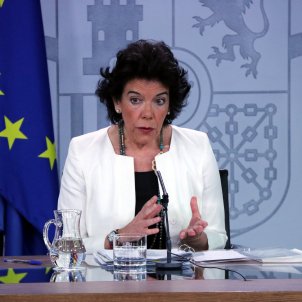