Why did the Catalans go to Sardinia?

The town: l'Alguer in Catalan, Alghero in Italian, situated on the island of Sardinia. The date: November 16th, 1354. 667 years ago. The troops of Pere III, independent count of Barcelona, king of Aragon and king of Valencia, entered l'Alguer and culminated one of the key military operations of the Catalan conquest of Sardinia. Pere III would then order the expulsion of the native population and its replacement by Catalan settlers. Thus began a history of close political and, above all, cultural ties between l'Alguer and the Catalan world that would last until today. But the shocking conquest and repopulation of l'Alguer was neither the first nor the last - and definitely not the only - testimony to the Catalan presence on the island. When Pere III set foot on l'Alguer, the relationship between Catalonia and Sardinia had a long history dating back at least to the early part of the Middle Ages. 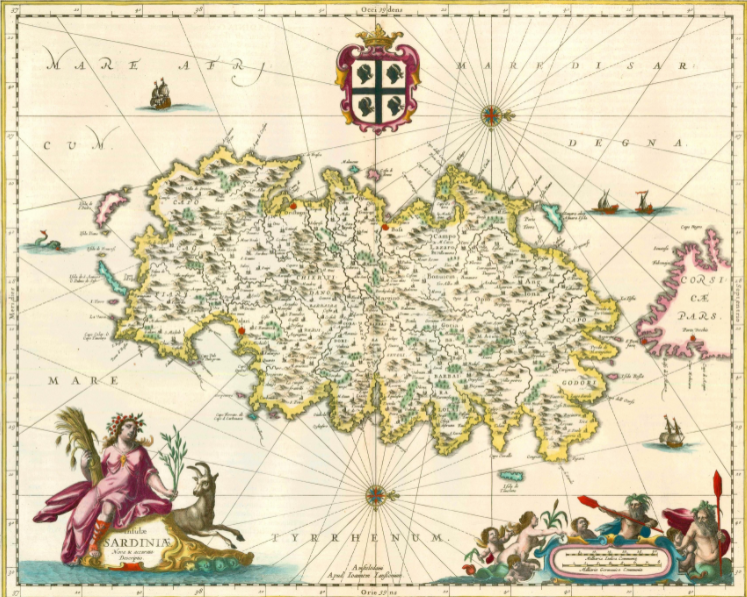 The first document that testifies to the centuries this relationship has already existed is an 8th-century prayer book, known as the Orazionale Mozarabico (now preserved in Verona). The Orazionale is not just any missal, but the testimony of a tragic history that began in Tarragona in 714. At that time, Arab troops had crossed the river Ebre and the archbishop Pròsper, the highest political and religious authority in Tarragona, ordered the total evacuation of the city and the territory. That exodus - which must have been gigantic - was not the only one in that context. But it was especially unique. While the exodus that left from the valleys of the Llobregat, the Ter or the Tet (all fleeing from the Arab invasion) followed pathways northwards (towards the kingdom of the Francs), revealingly, the exodus of Tarragona would go, in the first instance, to Sardinia.

The direction that exodus took was not accidental. During the period of Roman domination (from the 3rd century BC to 5th century AD), the cities of Tarraco and Caralis (now known as Tarragona, in Catalonia, and Cagliari, in Sardinia) had created one of the main vertices of the polyhedron drawn by the naval routes in the western Mediterranean. The intense relationship between the commercial oligarchies of Tarraco and those of Caralis is more than historically proven. As it is also that, at the beginning of the 5th century - while the Roman state was decomposing - the new Visigothic power of the Narbonense and the Tarraconense and the Sardinian-Roman oligarchies agreed on the (temporary but effective) incorporation of Sardinia into the proto-Catalan Gothic state. Details that explain why the people of Tarragona in the times of archbishop Pròsper thought of Sardinia as a sister society and a country that would welcome them. 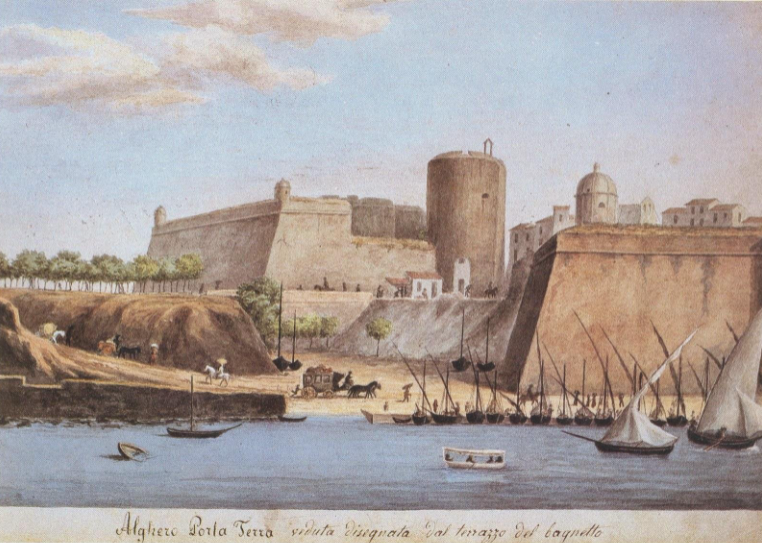 It is probable that this old relationship, more or less sustained over time, was what explained the appearance in Sardinia of the Catalan feudal nobility long before the campaign of Pere III. In 1157, Hug de Bas was crowned judge-king of Arborea, one of the island's four independent dominions. Hug was born in Sardinia, but his parents were originally from the central Catalan town of Cervera, capital of the Segarra county, and had arrived and put down roots on the island accompanying Agalbursa de Cervera, the new wife of judge Barisó d’Arborea. Hug’s personal story amply explains the ease with which the Catalan oligarchies moved to Sardinia. Hug, Argabusa’s maternal nephew, is the most representative figure of a low Catalan nobility who found, in Sardinia, the opportunity to gain assets and power.

But, if that episode tells us anything else, it is that the rise of Hug is more than just the story of a Catalan family of lesser-nobles in the pursuit of fortune. Many current historians attribute to the Cervera arrivals the introduction of the feudal regime, especially oppressive for the poorer classes and which, at that time, was fully consolidated in Catalonia. That was not, precisely, a merit. But with that strategic move - in pursuit of self-interest - they seduced the noble indigenous oligarchies of the island, traditionally at odds with Sardinia's mercantile elites and allied with the republics of Genoa and Pisa. The Cervera manoeuvre would end up having consequences that would change the history of Sardinia forever, and not for the better. 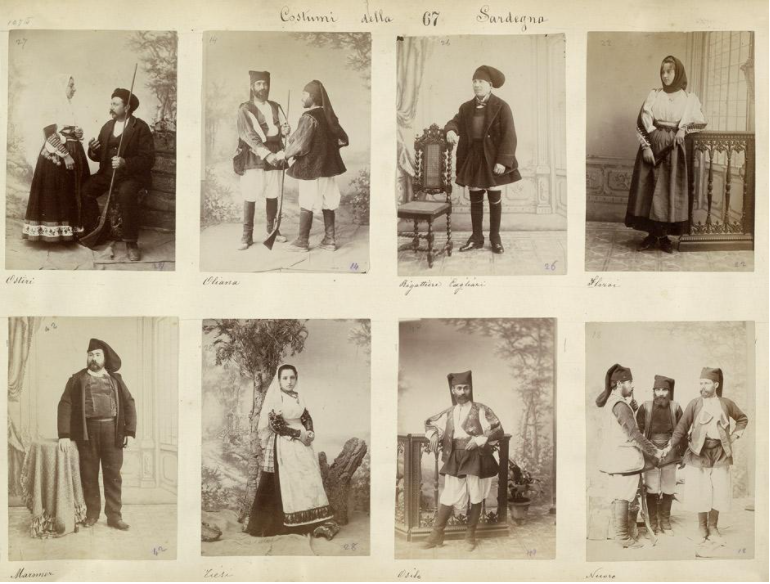 In spite of everything, Sardinia definitively fell towards the Catalan side due to the interest from the powerful mercantile classes of Barcelona, ​​Valencia and Palma. In 1295, after the Sicilian crisis (which had been resolved very favourably for Catalan interests), the Peace of Agnani was signed. In those negotiations, promoted and arbitrated by the Pope, the Catalans agreed to hand over the dominion of Sicily (conquered by the Almogavars in 1283) to the Holy See. And in return - and secretly - Pope Boniface VIII assigned them the dominion of Sardinia (at that time a group of independent domains). In the acceptance of that deal, the Catalan mercantile classes played a decisive role; they saw the extraordinary role that Sardinia, due to its central situation, could play in Mediterranean trade.

Another matter altogether was that Jaume II did not fulfil the Catalan part of the deal: he failed to deliver Sicily to the Holy See (a fact that has raised many doubts among contemporary historians about the terms of that pact). And a further issue: a significant part of Sardinian society at the time rebelled against the treaty. And all this would explain why Sardinia would soon become what some modern historians have called "the Catalan Vietnam". The Sard resistance, represented by the local mercantile elites (traditional allies of Genoa and Pisa), and some noble oligarchies of the island (scared by the voraciousness of the Catalan feudal barons) made it very difficult for the Catalans. The conquest of Sardinia would be the longest and most expensive undertaking (in human, animal and material resources) in Catalan military history. 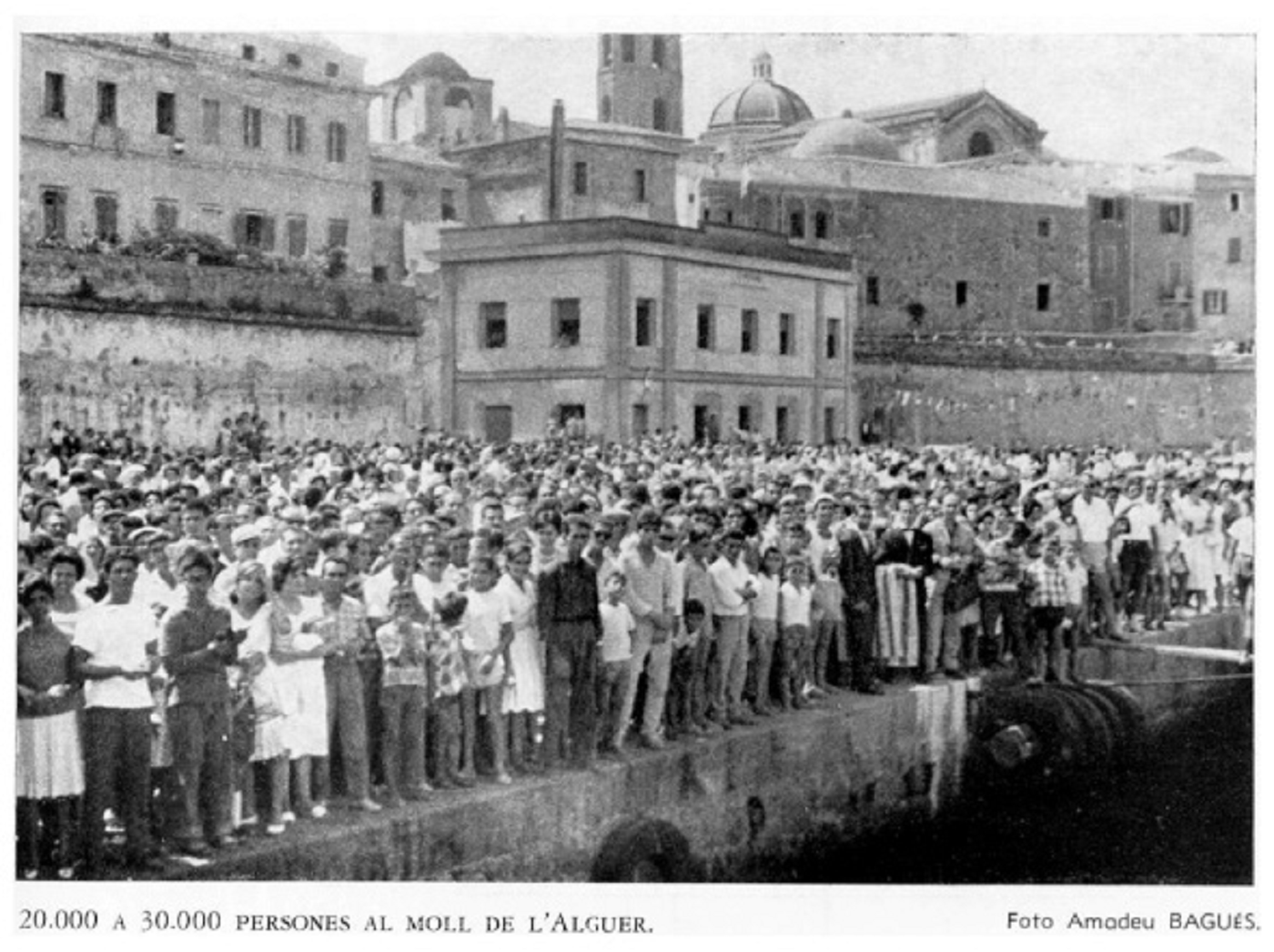 The events in l'Alguer (its conquest, the expulsion of the native population and Catalan re-population) are directly related to this resistance that lasted for a century. L'Alguer was repopulated, and revealingly, the new inhabitants were mostly from the Camp de Tarragona, but there were also, to a lesser extent, contingents from Barcelona, ​​Valencia and Palma. Catalan became the language of power and of local society. It was even adopted by the Sards, who would later join the l'Alguer community. It is documented that, between the 16th and 19th centuries, l'Alguer experienced a constant drip-feed of immigration from the rural and mountainous areas of the interior of the island - from Sardu language and culture - which became fully integrated in the local, Catalan-centred sociocultural reality.

Then there was Càller - to use the Catalan name for the city of Cagliari, the capital of Sardinia. It had its own experience within the larger history and deserves a separate chapter. During the conquest - and, above all, once it was completed - Càller experienced the arrival in formidable numbers of Catalan merchants. In that context, Catalan - the language of power and commerce - became the usual language for local traders. And from the middle of the 15th century, it became the language used domestically, and in the streets and squares of the city. This sociolinguistic landscape would rein until the beginning of the 18th century. In 1713, the Bourbon king Felipe V ceded Sardinia to the Archdiocese of Austria, in a part of the deal under which Charles of Habsburg withdrew from the conflict over the Spanish succession. This fact would mark the beginning of the end of the Catalan-ness of Càller, but it would not erase the memory of a long relationship through the centuries.