Franco, Hitler and the Catalans of Auschwitz

Oswiecim (Galicia-Poland), 27th January, 1945, at the tail end of World War II (1939-1945). Exactly 75 years ago. Soviet troops liberated the Auschwitz extermination camp created five years previously (25th January, 1940). During the five years of existence of this evil killing machine of Germany's Nazi regime, more than a million people were transported there, imprisoned, tortured and killed. Jews, gypsies, homosexuals, free thinkers, communists and the intellectually disabled. People of different nationalities, and, among them, Catalans in exile captured by the Gestapo in occupied France. A total of 1,094 Catalans were killed in the Nazi death camps, nine of them at Auschwitz.

From refugees to fugitives

Between 26th January 1939 (when Franco occupied Barcelona) and 9th February 1939 (closing of the Spanish-French border), around 300,000 Catalans went into exile, representing over 10% of the population. The French concentration camps into which that mass of refugees were crammed closed a few months later in late 1939, and the refugees were dispersed throughout French territory. And with the subsequent Nazi occupation of France and the disappearance of the French government (June 1940), those people automatically switched from the category of refugees to that of hunted fugitives. The Nazi death camps were, then, also nourished by these exiled Catalans, supporters of the Republic during the Civil War, if they were captured by the Gestapo.

From exile to the death camps

The vast majority of exiled Catalans caught by the Nazis were deported to the camp of Mauthausen in Austria. There are no exact figures, but what is certain is that this collective consisted of former combatants, elected officials, labour leaders and prominent personalities in the intellectual, academic and scientific spheres. In short, the political, social and cultural capital of Catalonia. People and families who - despite the threat posed by the feared Gestapo, permanently in touch with Franco's military information service - had not taken a path of exile to Britain or the American continent, due to a lack of resources or their own decision. 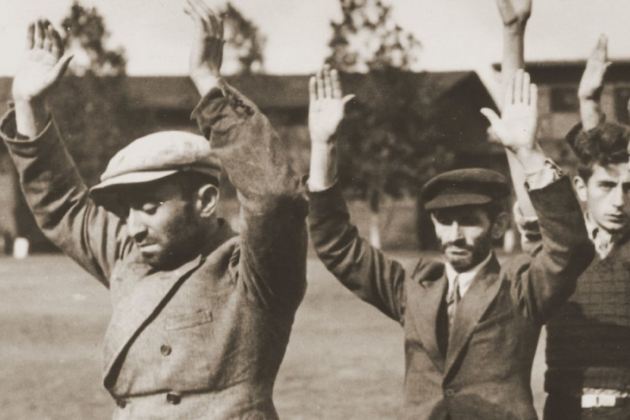 Prisoners in an extermination camp / Source: Museum of the History of Catalonia

The imprisonment, torture and murder of millions of people in the Nazi death camps was part of a programme that went far beyond the Endlösung der Judenfrage ("final solution to the Jewish question"): it physically eliminated all individuals whom the Nazi regime considered useless and unable to be reformed. And the two foreign ministers, Serrano-Súñer on the Francoist side and Himmler for the Nazis, had agreed that the Catalan Republican exile group - due to their sociological and ideological composition - was an extremely dangerous collective, absolutely useless and not recoverable for the interests of Franco's Spain. In July 1940, a brutal persecution was launched, culminating in selective deportations to Spain (such as those of Catalan president Lluís Companys and Republican cabinet minister Joan Peiró) and mass deportations to the extermination camps.

The Catalans captured and deported to the Nazi extermination camps (calling them concentration camps is a macabre euphemism) encountered a small group of compatriots who were not there as a result of a journey into exile after the Civil War. They were members of the so-called Labour Battalions, made up of Republican prisoners of war, who, after being falsely promised that in this way their sentences would be reduced, joined up to supply German industry with slave labour. In 1941, at least two groups left Catalonia with a total of more than 1,000 forced workers. Some were sent to the weapons factories, others to the maintenance brigades of the extermination camps. The Nazis made no distinctions, and all the Catalans, on their "striped pyjamas", wore a blue triangle. 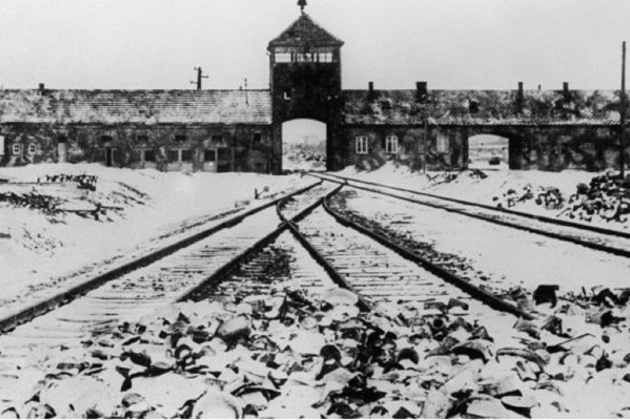 The Nazi death camps made a rigorously documented control of arrivals and 'departures'. Thus we know that 946 Catalans died at Mauthausen, representing a quarter of the total Spanish Republicans killed at that shrine to death. A significant figure, and more so given that Catalonia represented 15% of the total population of Spain. And we also know that the victims were concentrated in the 24-34 age group (which was also the age segment of most of the inmates). However, the same data reveals that there was also a relatively large group of victims in the 16-19 age group, and a small group who were over 65. 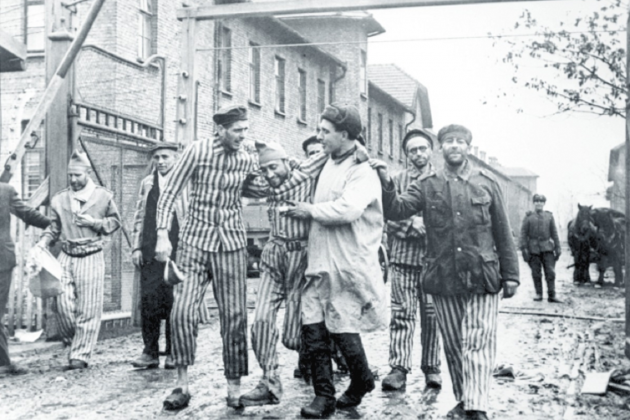 The silence of the Franco regime

The liberation of the Nazi death camps, which led to the revelation of their existence, had a profound impact on international public opinion. The Franco regime, which had, from the outset, been given accurate and detailed information on each of the people of Spanish origin killed in the camps, decided to permanently hide its relationship with that genocide. In fact, revealingly, the information would remain hidden not only throughout the Spanish dictatorship but during the first decades of the 1978 constitutional regime that followed it. It was because of the survivors' associations that the murderous truth was revealed, putting the spotlight on the Franco regime's role in killing 1,094 Catalans in the Nazi death camps.