The Catalan tourism sector is pulling down the roller doors on its worst year ever due to the crisis generated by the coronavirus, with a fall in turnover of about 15 billion compared to 2019, a 70% drop in employment and with its hopes centred on the vaccine roll-out which might bring the nightmare to an end from summer 2021 onwards.

Speaking to the EFE news agency, the government's director general of tourism, Octavi Bono, explained that the situation of the sector in Catalonia is "dramatic", as it will close its "worst year" with a fall in overnight stays of around 70%, while the direct impact on turnover will range between 14 and 15 billion euros.

According to Bono, this is only the "direct" billing which the sector has lost this year, without ruling out that the fall will end up being even larger when the balance sheet closes, and nor taking into account the significant impact on related sectors such as restaurants and retailing. 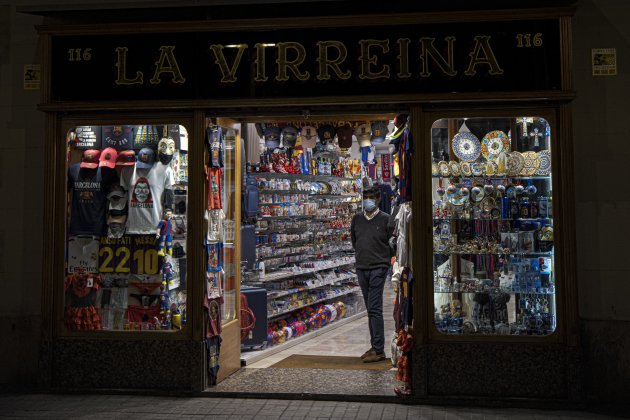 The great dependence of Catalan tourism on foreign visitors, not so much in terms of numbers, since just over half of the 38 million tourists that Catalonia received last year were foreigners, but with regard to their spending, has complicated the situation. The international market contributes 86% of Catalonia's tourist income, while the domestic market, Catalan and the whole of Spain, represents just 14%.

This year the presence of foreigners in Catalonia has been "anecdotal", which makes the effect of Covid-19 much more serious because the sector has had to depend on the domestic market alone, which has a "much lower" level of spending, explained Bono.

Thus, in August this year, Spanish and Catalan tourists accounted for 78.7% of the total, whereas in 2019 the percentage stood at 42.2%. In particular, in August, the figures for Catalan tourists holidaying in their own land were even higher than last year, but the numbers dropped in other months, as did the Spanish market, although much less than foreign markets .

Accustomed to having the streets of central Barcelona jam-packed with foreigners, the city's hotel sector is one of the biggest victims of this crisis. After months of closure due to lockdown, and an absence of tourists due to, among other things, the travel and mobility restrictions imposed to try to control the virus, as well as the time limitations on bar and restaurants hours, not even one quarter of Barcelona's 440 registered hotels are currently open.

The general director of the Barcelona hoteliers association, Manel Casals, told EFE that they are about to end their "worst year", with a fall in turnover and customers of around 95% and between 30,000 and 35,000 staff on ERTO furlough schemes, a truly “dramatic” situation.

Hoteliers on the Catalan coasts have also been severely affected by this crisis, and domestic tourism has not made up for the lack of foreign visitors, while inland destinations and rural tourism have achieved better results, especially during the summer.