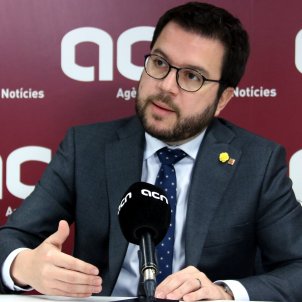 Catalonia is to leave Spain's Regional Liquidity Fund (FLA, in Spanish) in January 2019. Catalan vice president and economics minister, Pere Aragonès, announced this move in an interview with the Catalan News Agency (ACN) this Saturday, explaining that Catalonia is able to leave the FLA as it is moving towards "financial sustainability". The fund was set up by the Spanish government during the Euro crisis in 2012, to provide a means of both funding Spain's Autonomous Communities and directly controlling their spending, after the regional administrations had lost direct access to international financial markets.

Catalonia will now make use of the Financial Facility Fund, a less tightly controlled regional credit system operated by the Spanish government, as a prior step to return to direct financing in the international markets. Aragonès said that this decision is a "sign of the financial health" of the administration. As well, the vice president expressed his confidence that the Catalan government's budget would be passed - "I am not resigned to accepting a mere extension of last year's budget," he said - and he also ruled out any suggestion of an early Catalan election.

Aragonès told ACN that exchanging the FLA for the Financial Facility Fund will give Catalonia "more freedom" in the face of a Spanish government that "has always used this issue for political recentralization". The vice president explained that this step is possible thanks to the previous "good work" to balance the budget, reduce the deficit and improve payment terms to suppliers. Aragonès pointed out that the change comes about after a favourable resolution from Spain's finance ministry a few weeks ago. Sources in the Catalan ministry have told ACN that the key element is that from now on, Madrid's economic control over the Catalan government will change.

As for the Catalan government's budget, Aragonès said he was convinced that its accounts would be passed sooner or later. Rejecting any possibility of an early Catalan election, the vice president stated that he would not resign himself to accepting a mere extension of last year's budget - which is the alternative if the new budgetary allocations are not voted through by the Barcelona parliament: "I am not contemplating the scenario of not having a budget," he asserted, although the government will start 2019 without its spending and income plan for the year assured.

The economy minister argued that work is progressing on a budget that is "good" for the country, and will correct "many of the shortfalls" that have existed up till now in the areas of education, security, health, emergencies and new investments, so that "there should not be any progressive forces that do not participate in this agreement." Thus, he trusts that the Catalan Socialists group and En Común Podem will end up giving a green light to the accounts, despite their differences from the government on the independence issue.

With regard to the left-wing, pro-independence CUP party, an ally for the government at the start of the legislature which has now withdrawn its support, Aragonès regrets that the party is refusing to debate spending and income details, although he says the door will remain open till the end for them to join the negotiation: "The CUP is part of this majority that passes proposals for increased government [social] spending, and it would be good if they also formed part of the majority that passes the budget." "They have ruled it out, but the door is open, although we prioritize working with those parties with a willingness to negotiate," he admitted.

Aragonès reiterated that the Catalan government will give the green light to the budget debate once there is an accord on supporting it, subsequently, in Parliament: "Starting a budget debate without having its passage guaranteed would be reckless, as it would prevent the final approval of the accounts," he reflected. Thus, the minister said that the executive would be cautious: "We prefer to wait a few more days, or a few weeks, and to guarantee the vote, rather than bring the budget into Parliament without any agreement, and condemn it to rejection."

However, Aragonès emphasized that the figures which his government is working with for current account spending will allow the 2010 figures on social expenditure to be exceeded: "We are reverting the cuts, and returning to pre-crisis figures, with a deficit 40 times lower, and thus they are socially-oriented and balanced", he summarised. 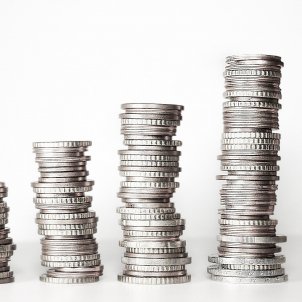 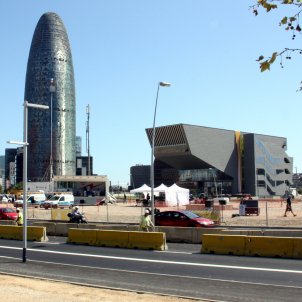