It will be Spain's largest bank, ahead of Santander and BBVA: this Friday, the executive chairman of the new CaixaBank, José Ignacio Goirigolzarri, and the CEO of the new bank, Gonzalo Gortázar, presented all the details of their proposed merger by absorption of CaixaBank into Bankia, finalised on Thursday. This morning, both bank entities sent the document to Spain's securities market supervisory body, the CNMV.

This operation involves the creation of the leading bank in the Spanish financial system, with more than 664 billion euros in total assets and "a very balanced territorial presence with the capacity to meet the challenges of the sector." It will have annual savings deposits of 770 million euros from 2023.

The bank will bring together 20 million customers and shares in the Spanish markets for loans and deposits of 25% and 24% respectively, while the restructuring will cost about 2.2 billion euros, as the two companies note.

"Both banks share a common culture and values. And together we want to create value for all customers, offer the professional team opportunities for growth, as well as profitability for shareholders," said Goirigolzarri. Gortázar said he was "happy" to be working with Goirigolzarri once again and asserted that it will be necessary to "renegotiate Bankia's insurance agreements, because in part they overlap" with those of CaixaBank. 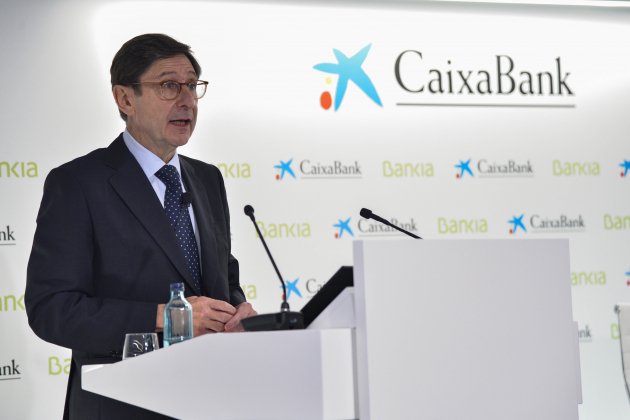 The board of directors will have 15 members, of whom 60% will be independent and there will be a female quota of 33%. Of the total members, two will be executive directors, two will be proposed by CriteriaCaixa (manager of La Caixa assets), one by the BFA Tenidora de acciones (major shareholder in Bankia, via the FROB public bailout fund), six will be independent figures proposed by CaixaBank and three independent figures nominated by Bankia.

As for the share exchange, the rate has been set at 0.6845 Caixabank shares for each Bankia share. Thus, CaixaBank shareholders will represent 74.2% of the capital of the new entity, and those of Bankia, 25.8%. CriteriaCaixa will remain CaixaBank's main shareholder with around 30% of its shareholders, while the FROB will reach 16.1%.

The two executives also emphasized that, after the additional write-downs as a result of the operation, the merged entity will have the lowest non-performing loan ratio in Spain (4.1%). 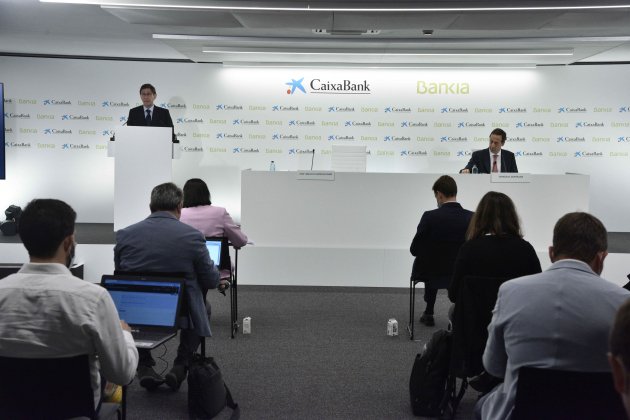 The operation is expected to be concluded during the first quarter of 2021, once all the relevant Spanish regulatory authorizations have been received: from Spanish ministry of economy, the markets and competition commission, Spain's general directorate of insurance and pension funds, the securities body CNMV and the Bank of Spain.

On possible early retirements, Gonzalo Gortázar told reporters that "it is too early to speculate on this issue. The merger works, although predictably there will be [staff] overlaps. But we have experience and will look for ways to help all parties."

Initially, the new bank will have more than 6,700 branches and over 51,000 employees. It is still unknown, however, how many branches could be closed in Spain as a result. The new entity will maintain the CaixaBank brand and will have its headquarters in Valencia.